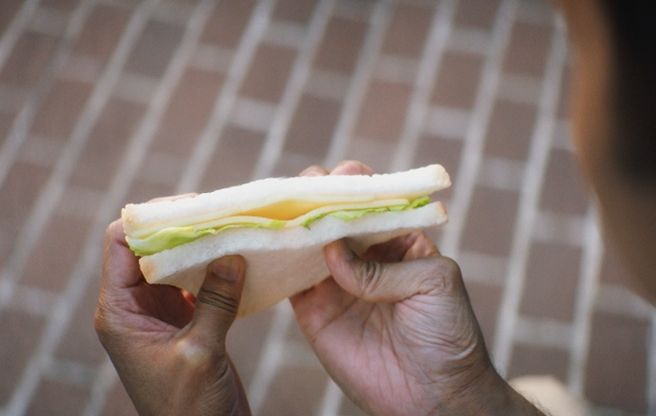 McCann London is inviting workers to dump their boring homemade sandwiches in favour of something more exciting from Subway’s extensive lunchtime range, including the new Rotisserie-style Chicken Sub.

In the ad shot by Max Sherman at Blink, a young office worker sits outside a Subway store staring in.  As he enviously watches people inside eating Turkey breast and Ham and new Rotisserie-Style Chicken Subs, his gaze drops to the ‘blandwich’ in his hand.

Accompanied by sad, romantic music, the blandwich tearfully tells our hero that he knows he is better off without him. The scene then switches to the same office worker now standing inside the restaurant, making a sound of pure joy. Full of a new-found confidence, he asks for a Rotisserie-Style Chicken Sub.

The ad ends by suggesting that true love does exist – and that Subway can help people discover it with their new lunchtime choices.

The new campaign, which coincides with the new Rotisserie-style Chicken Sub’s limited appearance at Subway stores, starts on 2nd August and will run until 26th September on TV, cinema and VOD.

Sacha Clark, Marketing Director for Subway UK & Ireland said: “McCann London’s campaign really captures the mood that comes with the prospect of a boring lunch and brings to life our ‘Subway. Keep Discovering’ philosophy in a way that is both funny, unexpected and totally relatable for our customers.”

Rob Doubal, CCO and Co-President at McCann London, said: “Lunch is a cool time of the day, and it shouldn’t be ruined by a blandwiches. At 11 o’clock in the morning - 70% of people don’t know what they’re going to have for lunch. Now they should know it’s a Subway Sub!  Thanks to Max at Blink and Sacha for the great work. Nice work team.”