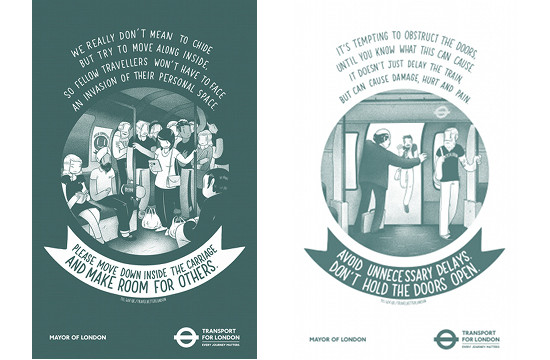 For one week (30th September – 4th October) Transport for London is bringing ‘poetiquette’ to the London transport network.

Working with London’s vibrant poetry scene, M&C Saatchi and TfL have recruited thirteen top performance poets to appear at major stations across the network. The initiative, part of TfL’s latest campaign is timed to coincide with National Poetry Day on Thursday 3rd October. 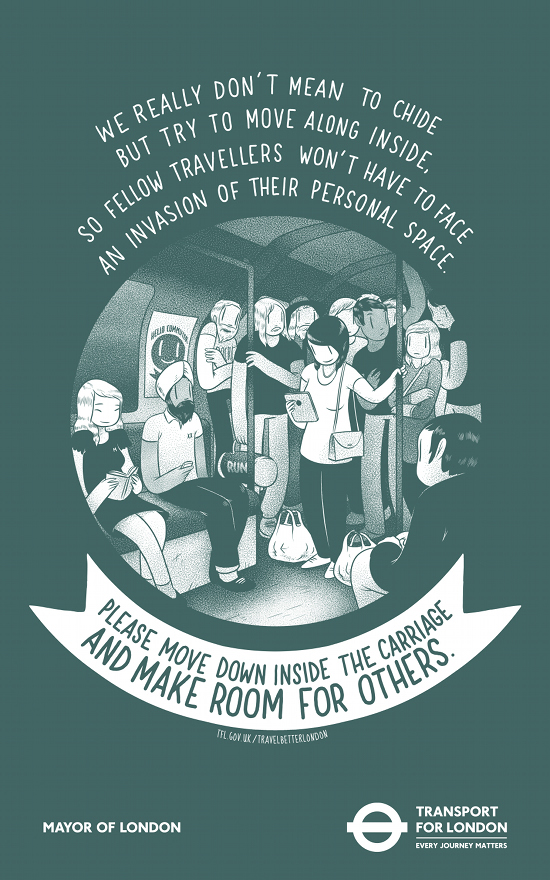 The poets will highlight some of the passenger travel habits that can disrupt our journeys, to remind us that a little courtesy can make travelling better for everyone.

Combining written verse and performance, nine ‘Poets in Residence’ at different Tube stations will be bringing daily delight to the station whiteboards and performing live at busking spots. At the same time, some of the poets will do do pop-up performances around the network to surprise London’s commuters.

All the performances will be shared on a campaign Tumblr (tfl.gov.uk/travelbetterlondon) and across TfL social channels with the #TravelBetterLondon. The initiative is supported by a series of posters illustrated by McBess and written by M&C Saatchi.

Visitors to the Tumblr are also invited to write their own poem for the chance to see it on a McBess illustrated poster, which will appear across the network.

Miranda Leedham, Head of Marketing Operations at Transport for London, said: “We have a great tradition of showcasing poetry on the Underground. Over the next week a group of poets will surprise and entertain commuters, while reminding them that consideration for each other will make the experience of travelling around London better for everyone. 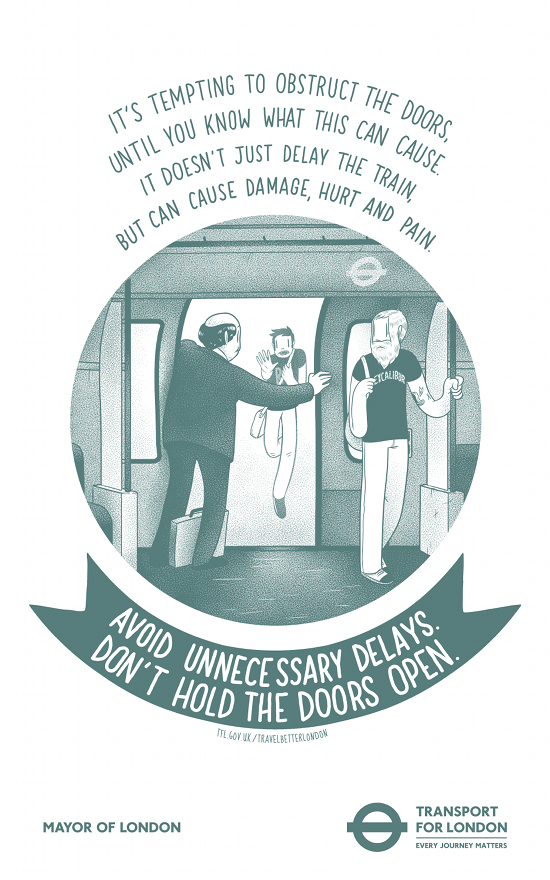 Mark Goodwin, Creative Director at M&C Saatchi, added: “This project is all about giving Londoners a voice – giving them the chance to make their commuting life nicer – and who better to communicate the message than London’s poets? It’s been fantastic collaborating with such a range of talented poets on this campaign, and we are very excited about seeing London’s reaction – and driving changes in behaviour on the transport network.”

The campaign will also include a short animated film displayed on digital screens at Tube stations and on the TfL YouTube page.