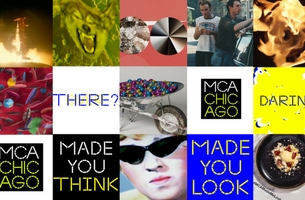 This weekend, the Museum of Contemporary Art Chicago (MCA) officially kicks off its first major ad campaign in 20 years.
Called “Made You Look,” the campaign was developed in partnership with the Chicago office of FCB, and is a fully integrated effort – spanning digital, social, print and OOH – that reintroduces the museum to new and returning visitors following a major building redesign.
The campaign is notable for a few reasons:
As mentioned, it is the first major ad campaign – in 20 years – for the MCA.
The MCA is one of the major tourism drivers for Chicago, bringing in record-breaking attendance in the last few years for exhibitions on David Bowie and Japanese contemporary artist Takashi Murakami. Its new restaurant, Marisol, one of the features of the redesign, is also getting on many national “best restaurants” lists.
Reflecting the energy, excitement and buzz at the MCA, one of the centrepieces of the new campaign is a series of six-second, high-energy, high-impact videos that make people stop and think (“Made You Look”) about what they are seeing.
“The Made You Look campaign reflects the energy and excitement of the MCA right now. The redesigned museum is always changing, blurring the lines between art, food, design, and learning. This campaign allows us to tell those ever-changing stories. We were very excited to work with FCB Chicago on this playful, welcoming campaign,” says Lauren Smallwood, Director of Communications, MCA.
“The ‘Made You Look’ campaign invites the public to take a second, deeper look at the MCA,” says Liz Taylor, Chief Creative Officer of FCB Chicago. “It introduces new and returning visitors to eye-opening experiences in new, immersive spaces that broaden, challenge and strengthen their perspective of art and the human experience at large.”
Both the videos and digital, print and OOH ads feature some of the exhibitions currently on display at the MCA, as well as some of the museum’s new experiences and highlights following the building redesign.This includes the new restaurant Marisol; a new social engagement space, the Commons, that is located in the very architectural centre of the museum; the new MCA sign in soft-yellow lights on the building’s front.)
As a contemporary art museum, the MCA is always changing and the videos’ fast and varied pace reflects that.
The launch is in conjunction with the MCA’s first-ever pop-up experience dedicated to the life and work of groundbreaking artist Howardena Pindell, whose retrospective is currently on view at the museum. The pop-up experience takes as its theme from the year 1979, which was a pivotal time in Pindell’s life and work. (It was also the year she was involved in a life-threatening car accident, and the beginning of a prolific, five-decade-long career.) 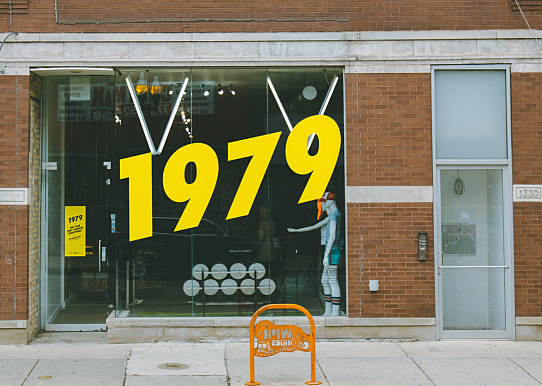 Inside the pop-up, called “1979: The Year That Changed Everything,” visitors will experience a time warp featuring the music, art, fashion and overall feeling of the year 1979 – with an undercurrent of Howardena’s work, life and philosophy running through it. The experience is complete with custom, Howardena-inspired T-shirts, augmented reality, Polaroids, comics and magazines from the ‘70s, Instagram candy/wall art and also ‘70s music. 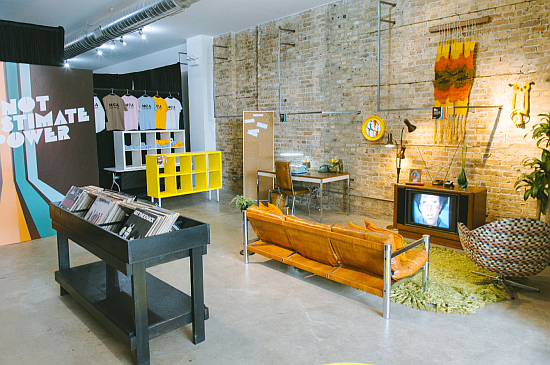