Awards and Events 177 Add to collection 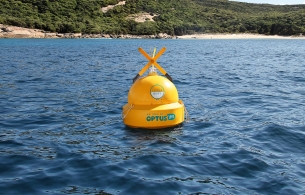 The breakthrough kit – a collaboration between M&C Saatchi and Optus to demonstrate the strength of the telco’s network - won Grand Prix in the hotly contested Digital and Public Relations categories.

The global best-in-shows followed Clever Buoy winning Golds for both those categories plus a Clio Silver for Engagement/Experiential.

The accolades come just days after Clever Buoy was shortlisted as one of two solutions selected from more than 70 options submitted for further investigation at the NSW Government’s Shark Summit in Sydney this week.

The emergency summit was called following the spate of shark attacks to hit the state this year, 13 thus far in 2015 compared with a total of three in 2014.

For the past 15 months Clever Buoy has taken global awards juries by storm, highlighted by it Lion-haul at Cannes, including the coveted Titanium and four Golds; five D&AD Awards; the SXSW ‘Internet of Things’; Spikes Asia Innovation Grand Prix and the IAB MIXX Gold.

M&C Saatchi Chief Creative Officer Andy Dilallo said: “This is another exceptional result for M&C Saatchi and is testament to the creative people we have working with us and our on-going commitment to producing influential work.”