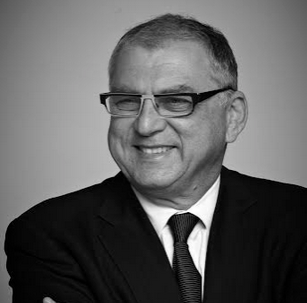 Dery has been recognised and awarded for distinguished service to the not-for-profit sector, particularly to cancer research, through the development of corporate governance structures and major fundraising initiatives, to the performing arts, and to business.

Dery is humbled to be awarded this prestigious title and joins fellow advertising luminaries Harold Mitchell (AC, 2010), Peter Clemenger (AO, 2015) and Geoffrey Cousins (AM, 2014), in receiving this significant honour.

He said there has been a paucity of public recognition for the industry.

"One of my hopes in receiving this award is that it draws attention to our industry, and perhaps gives us the opportunity to demonstrate the potential we have to play a significant role in not-for-profit activities. There is a great deal of charity provided by our industry which goes un-noticed and unrecognised,” said Dery.

His contribution to the not-for-profit sector is attributed to his significant role as Chairman of the Australian Cancer Research Foundation (ACRF), the nation’s leading body that raises funds to fight the deadly disease.

Dery has chaired the ACRF since 1999, and been a prominent Board Member since 1993. Under his leadership, the ACRF has made great progress in the fight against the deadly disease, awarding more than $103.9 million in research grants to Australian cancer research institutes.

Having built the Asia Pacific offices, Dery was appointed worldwide chairman of M&C Saatchi Agency in 2009, and has been instrumental in growing the business into a major global network from his Sydney base.

This year his passion for business and charity came together as M&C Saatchi launched a groundbreaking campaign for ACRF on World Cancer Day, which called on Australia to be The One to end cancer via the interactive hub, TheOne.CancerResearch.

M&C Saatchi Australasia CEO Jaimes Leggett said: “Tom is a man of action and has always delivered over and above the call of duty. We’ve always known it so it’s great to see Tom’s service acknowledged in this way.”

“It's a distinguished honour and recognition of Tom’s brilliant service to business alongside his generous and enduring commitment to charity, the arts and various community organisations.”

Dery is currently residing in Boston, taking the opportunity to work closer with the M&C Saatchi Global Network, and as a Fellow of the highly prestigious Advanced Leadership Initiative at Harvard University.

He is one of 519 Australians awarded in this years Queen’s Birthday honours list. 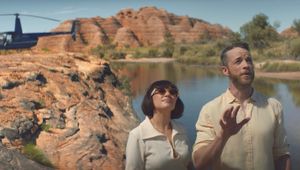