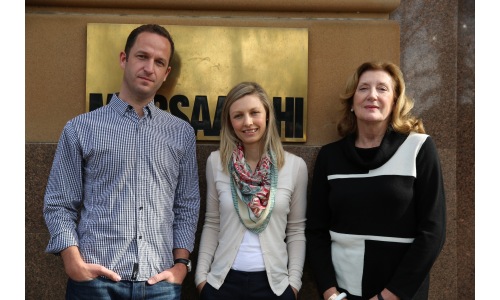 M&C Saatchi Group will significantly boost its customer engagement capabilities, particularly in CRM and Loyalty, following its decision to launch LIDA into the Australian market.

Campaign UK’s reigning Customer Engagement Agency of the Year, LIDA is a powerhouse of the M&C Saatchi UK Group.

Since its inception in 2000, LIDA rapidly won major accounts and global acclaim in creativity and effectiveness for its world-class data driven rewards and loyalty programs.

M&C Saatchi Australia CEO Jaimes Leggett said: “The launch of LIDA will be a seminal moment for our Group, our clients and indeed the industry in Australia.

“LIDA will bring world-class customer engagement capabilities, specifically in the areas of Data, CRM and Loyalty, to this market.”

Mark, M&C Saatchi’s digital, data and direct business, will be folded into LIDA Australia with all Mark staff employed in the new entity that will operate out of the agency’s 99 Macquarie St office.

“LIDA will add many dimensions to Mark’s offer by expanding its strategic and analytic resources, skills and tools,” Leggett said.

LIDA Australia will be headed by M&C Saatchi Group Managing Partner Christine Gardner in partnership with Mark Group Head Kristy Schwind who will step up into the role of General Manager.

Since 2008 Gardner has been a key member of the M&C Saatchi leadership team, primarily as Group head on the Optus business.

“Christine is the perfect person to fulfill the growth objectives for Australia and complement the global LIDA network,” Leggett said.

“Apart from being a brilliant and inspirational leader, Christine’s customer engagement expertise, experience and sheer marketing acumen, is second to none.”

Al Mackie, who has been instrumental in the creative development of award-winning work with LIDA UK for a number of years, has relocated to Sydney as LIDA Australia Creative Director.

“The increasing demand made it a logical decision to have direct representation in Australia.

“LIDA will be a major addition to M&C Saatchi Group’s confederation of 10 specialist agencies whose different centres of gravity give us a unique ability to engage consumers at each point they encounter our clients’ brands.”