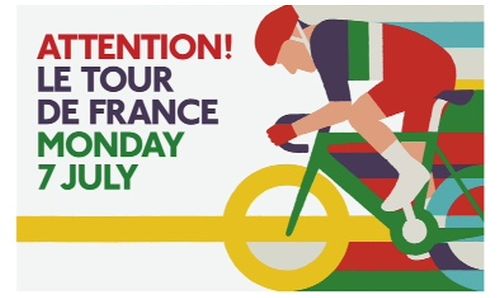 M&C Saatchi and Transport for London have created a colourful campaign celebrating the arrival of the iconic Tour de France cycle race in London, while raising awareness of travel options during the event.

The integrated campaign – launching on 9 June – will run across outdoor, press, digital and radio in the run up to the arrival of the race in London on Monday 7 July. Each outdoor and press ad sports the eye-catching strapline ‘Attention! Le Tour de France’.

Raising awareness of the Tour de France’s visit to London, the initiative will build on the Capital’s excitement at hosting the world’s greatest cycle race, while alerting customers to the fact that journeys may be affected. Encouraging Londoners to plan travel in advance and look at alternate routes, the campaign includes the call to action ‘Know your travel options'. 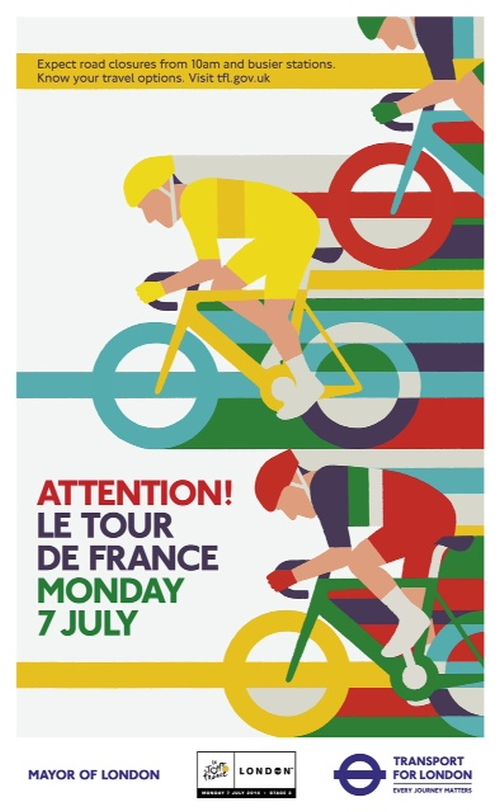 Miranda Leedham, Head of Marketing Operations at TfL, said: “The Tour de France is the world’s largest annual sporting event and we are extremely proud that it will be hosted in London this year. As well as capturing the excitement of such an iconic event, we also wanted to ensure the city is prepared for its arrival by informing our customers of the travel options available to them. This communication helps to build our reputation for hosting major sporting events by ensuring the city is ready for the impact on travel.”

Grant Parker, Head of Art at M&C Saatchi, added: “Transport for London is famous for its iconic posters. And with this campaign we wanted to capture the spirit of The Tour while giving helpful information to customers.’’

This is the second time in its history that the UK has hosted ‘Le Grand Depart’ of the Tour de France, having also hosted the opening of the event in 2007. This year the first three stages of the race will take place in the UK, starting in Leeds. The third stage will start in Cambridge before moving into Essex and finishing in London on the Mall on Monday 7 July, before relocating to France to complete the rest of the race. 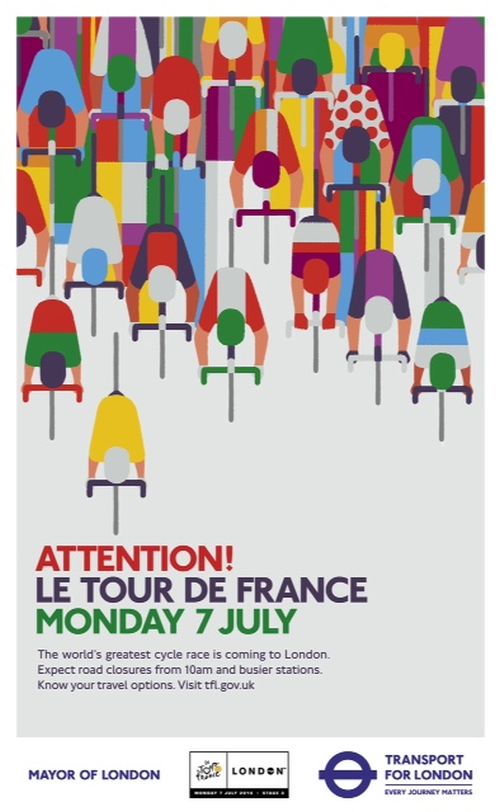