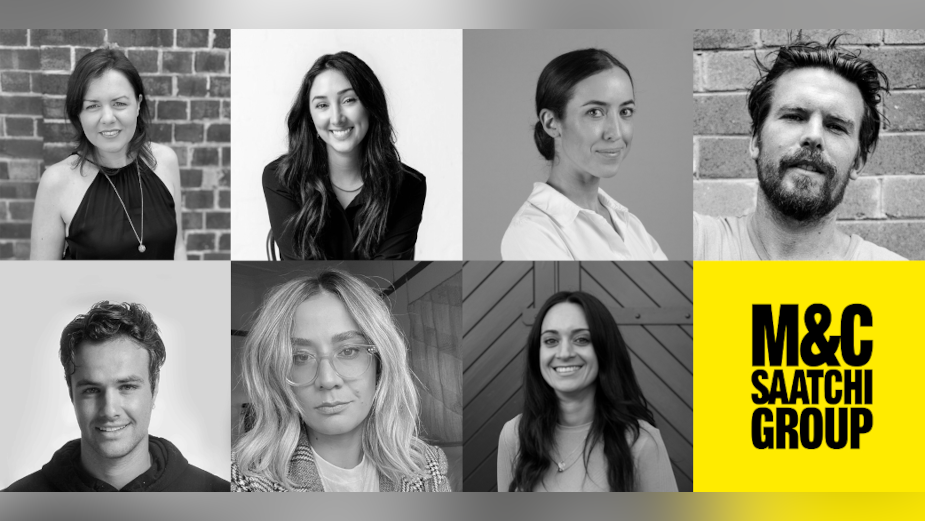 M&C Saatchi Sydney has announced a multitude of senior creative hires, acknowledging the increased scope of work and the changing identity of the M&C Saatchi Group AUNZ.

Georgie and Felix departed Ogilvy Sydney on a high note after helping the agency win pitches for the Federal Government Roster and GIO, as well as being a part of the agency’s recent award success. Aside from being new business winning machines, the team created strong campaigns for American Express, Lion, ING, KFC, GIO. Prior to Ogilvy the team were at VCCP where they helped the agency win AdNews Small Agency of the Year. On top of that, Georgie was a finalist for this year’s B&T 30 Under 30. She can also proudly claim that she was the first female journalist for The Betoota Advocate.

“We have always admired the work coming out of M&C Saatchi, so to be a part of that legacy and help build on it is really exciting. Mandie, Avish and Cam have a clear vision for the future of the agency and we’re thrilled to be a part of it and to start making some outstanding work,” say Georgie and Felix.

After freelancing throughout Sydney, including a long stint at M&C Saatchi, creative team Tim Batterham and Nicole Conway join the group as art director and copywriter. They’ve already had the pleasure of working with some of the group’s largest clients such as Commbank, TAB, Big W, and Tourism Australia. In 2020, Tim and Nicole also spent their time tutoring the next generation of creatives for AWARD School which saw two of their students place in NSW top 10.

Bec Matlioski joins the team from Melbourne as senior copywriter, where she previously worked at Ogilvy and Hardhat. Across both agencies, Bec has worked on winning pitches and leading clients including Cadbury, AAMI, Priceline Pharmacy, Afterpay, Barbie, and on industry initiatives such as The Factsination. Her work for Cadbury Caramilk Unscalpable and AAMI Rest Towns has been recognised at both local and international award shows including Cannes Lions and The One Show. Outside of the office, she was recently selected for the Rare X Google 2021 Leadership Academy; a program designed for underrepresented voices in creative industries that connects and empowers delegates from all around the world.

Hailing from New Zealand, Parisa Rezaei Abyaneh joins the M&C Saatchi team as art director, with experience spanning from advertising, design, events and public relations on brands such as The AFL, Cricket Australia, Nike, Under Armour, Kmart, Toyota and Hyundai. Having worked in New York, Amsterdam, London and Melbourne Parisa finds herself setting up camp in Sydney for good.

Lauren Seaborn also joins the copywriting team at M&C Saatchi. Having previously worked at DDB Sydney and at other leading agencies across Sydney and London, including three years at CHEP Sydney contributing to several agency of the year awards. Lauren’s experience has seen her work on major Australian and international brands including Telstra, Macca’s, NRMA, Westpac, Peroni, Listerine, Samsung, and Virgin Airlines.

“Our ambition is to harness excellent talent with broad and impressive skill sets because ultimately creativity is diversity of thought. We couldn’t be happier with these new hires. Not only do they bring new ways of thinking and different life experiences to our department but they all have the drive and passion that agencies thrive on. We're expecting big things from them.” says Avish Gordhan, executive creative director at M&C Saatchi Group AUNZ