Flemming is a seasoned writer with over twenty-five years experience. 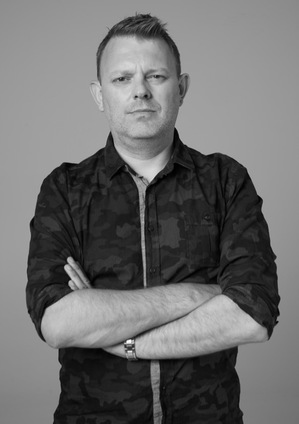 In his new role, Flemming will be responsible for driving the creative vision across the group's agencies as well as encouraging the very best copy standards - writing being his fundamental passion.

Says Jaimes Leggett, group CEO, M&C Saatchi: "Andy is one of the most talented and passionate creative minds in the industry. He has made a massive contribution on work with some of our biggest clients."

Says Andy DiLallo, chief creative officer, M&C Saatchi: "We have a very clear mandate for any new talent entering the building - top 5% of talent in the world. It's driven by a belief that good isn't good enough. We want people whose driving ambition is to be brilliant. It's no surprise there are people already residing in the building that fit this mold. Andy Flemming is a brilliant example.

"He is the undeniable archetype for what we think it takes to reshape and help define the future Australian creative landscape. He is not only a world-class talent but also a ball of infectious passion and energy. This is a well-deserved promotion, and one that signals our intentions for the creative department moving forward."

Flemming joined M&C Saatchi in 2006. A seasoned writer with over twenty-five years experience, he started his career working from the back of an illegally-parked VW Beetle in London, followed by work in agencies such as the then Chiat/Day/Mojo, BSB Hong Kong, Bates Singapore and George Patterson Melbourne and Sydney.

He's been responsible for penning some of the group's biggest campaigns including the CAN Launch with Toni Collette, 'Kids' for CommBank, 'Jumper' and 'Dancer' for Lexus and almost every major Optus campaign from the agency including Idris Elba's 'Love letter to football' for the upcoming Premier League launch campaign.

He's been globally recognised in awards shows such as Cannes, D&AD, London International, Adfest, Australian Award and The One Show. However, Flemming cites being bitten by a lion in Africa as his major career highlight.

Says Flemming: "M&C Saatchi has reinvented itself many times making it a truly exciting place to be a creative. There's an enormous passion and hunger for the work, and it comes straight from the very top down. Personally, as a writer, there are very few places that would have given me the opportunities I've had here, or indeed allow me to wear camouflage pants. I look forward to working with Andy and Michael and helping to write the next chapter."
view more - Hires, Wins & Business