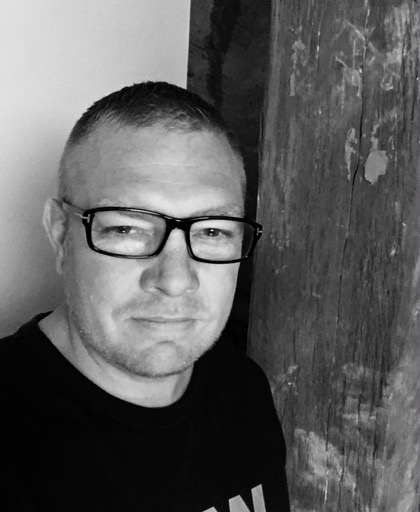 M&C Saatchi has announced the appointment of one of Australia's top creative minds, Cam Blackley to the role of chief creative officer. Blackley will be responsible for leading the creative output of the advertising business.

Blackley has over 20 years experience at agencies both locally and in international markets including the UK and US. His career began at Grey Melbourne and he moved to London to join AMV/BBDO. He was hired by David Droga at Publicis and was one of Droga5 New York's original employees. In April 2008 Blackley left New York to return home to help establish Droga5 Sydney as a creative director before being poached by BMF four years ago. At BMF, he has been responsible for a creative resurgence across clients such as ALDI Australia, TAL Insurance, MLA, Australian Government and Football Federation Australia.


Says Russel Hopson, group MD, M&C Saatchi: "Cam's work has delivered brilliant, populist, effective ideas that live and thrive in the modern media landscape. This is precisely what we need to fulfil our goal to be Australia's most influential creative company. We're ecstatic to have him and can't wait until he starts."

Most recently, Blackley's impact was recognised at the country's prestigious Effie awards, scooping Effective Agency of the Year, with ten Effie award wins across his portfolio of clients. Blackley's work has been recognised at every major show globally including a D&AD black pencil, three yellow pencils and several Lions including golds. This year his team at BMF has picked up dozens of trophies globally.

Says Blackley: "I'm absolutely rapt to lead the creative future of M&C Saatchi. They are one of the most ambitious and creative companies in Australia. Everyone I've met to date has impressed me with their vision for the business and love of our industry. And I'm very proud to leave a successful and diverse department at BMF that I'm certain will continue to fire in the future."

He joins a leadership powerhouse with M&C Saatchi's other major recent hires including Russell Hopson (adam&eveDDB) and Sophie Price (UM), as group head of strategy. Michael Canning and Paul Taylor continue in their roles as executive creative director in the Sydney and Melbourne businesses respectively.

Cam will remain in his role until March 2018, and until then, it is business as usual whilst BMF seeks to replace him with the search process already underway.

Says Steve McArdle, managing director, BMF: "Cam is a great guy, has built an outstanding team and delivered a great body of work. He's helped us achieve 'Effective Agency of the Year' and really bring BMF back to its best. Fortunately for us, part of his legacy is a World Class creative department with real strength, depth and diversity of talent at every level. It's with our thanks and very best wishes that he moves on to pastures new.

"Over the coming months we'll be talking to the best creative leaders in the business about the ECD role, including internal and external candidates, and will announce Cam's successor in due course."

Says Blackley: "BMF is a brilliant agency, and I'm so proud of what's been achieved. These four years have flown by, because I've spent that time alongside colleagues who are incredibly talented, great people and have a wonderful sense of collective ambition. BMF has a very strong line-up of creative directors in Alex, Jen and Ant with outstanding work already in development for 2018. Hard as it is to leave, I do it knowing that BMF is in excellent form and back to its very best."