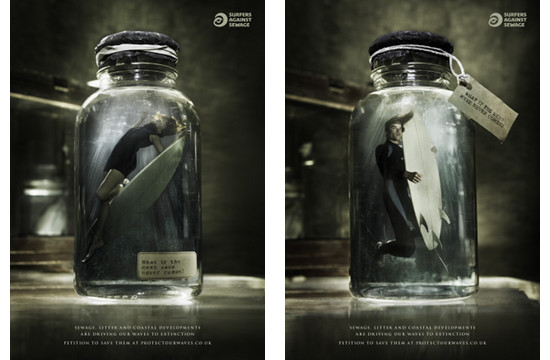 M&C Saatchi, the global advertising network and its PR arm, M&C Saatchi PR, have teamed up with acclaimed photographer, Scott Rhea, to launch the final instalment of the Protect Our Waves campaign for Surfers Against Sewage.

Over the past year, the Protect Our Waves petition has received tens of thousands of signatures of support, highlighting the importance of UK surfing resources to coastal communities nationwide. The petition calls for better protection for the coastal environment and those that use it. The focus of the petition is a call for amendments to legislation to better control sewage pollution, marine litter and damaging coastal developments.

The final instalment, launched this week, includes a series of stunning and surreally beautiful Protect Our Waves images (which you can see at the bottom of the page) which depict surfers preserved in specimen jars, captioned ‘What if the next wave never comes?’. The images explore the theme of extinction and aim to highlight the environmental issues that currently threaten UK waves.

The images, which have been created completely free of charge to support the charitable initiative, will be featured online, in print and used on t-shirts and posters to incentivise people to sign the petition and spread the word of the campaign. The petition has been supported by campaign ambassadors including musicians Jack Johnson,  Ed Sheeran and Ben Howard and surfers including Kelly Slater and Rob Machado.

M&C Saatchi are also working alongside Surfers Against Sewage on the PR and social media activity across Facebook and Twitter.

On the 22nd October, Surfers Against Sewage campaigners will be joined by double Brit Award winner Ben Howard to discuss Protect Our Waves issues with MPs at Westminster, and then deliver the petition to the one of the most recognisable doors in the World, No10 Downing Street.

Chris Hides, Managing Director, M&C Saatchi PR said: “Motivating people to put their name to a cause is a challenge and we wanted to pose a question with this campaign that would encourage people to think about the impact of not signing. The creative also had to have appeal as a piece of content in its own right. As a charity, Surfers Against Sewage focus their donations & funding in environmental campaigns, so the emphasis on our pro-bono contribution has been on innovative creative that the surf media will happily use for nothing and is exciting enough to be shared, liked and tweeted through social channels.”

Hugo Tagholm, Chief Executive of Surfers Against Sewage says: “Surfers Against Sewage is excited to launch these stunning, strangely beautiful yet dystopian images as part of the Protect Our Waves campaign, highlighting the environmental threats to UK surfing.  We have been overwhelmed at the level of support the Protect Our Waves petition has received, and were delighted when Scott Rhea agreed to create these artworks for us.” 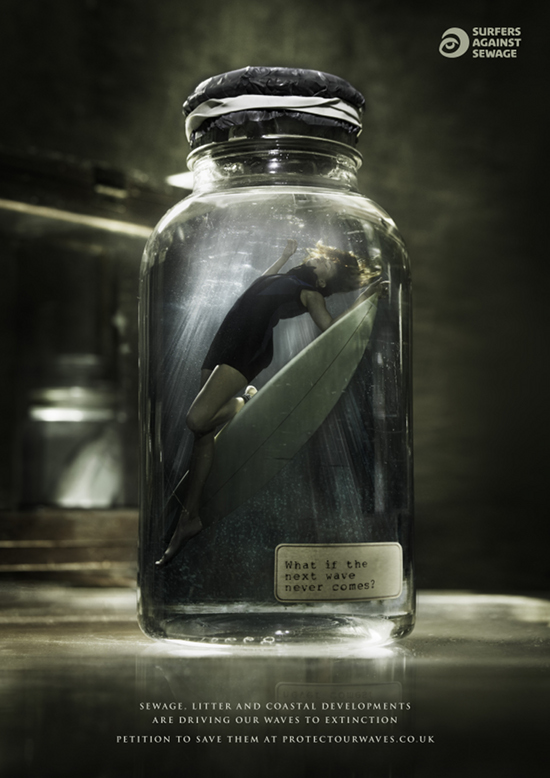 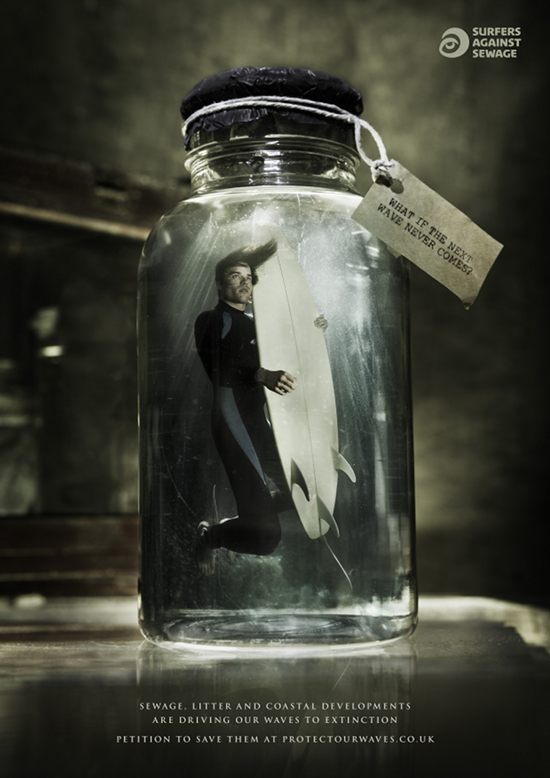 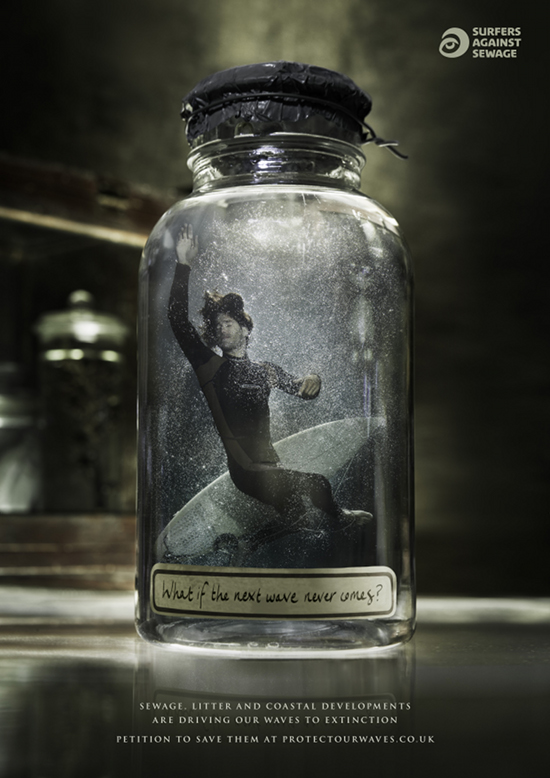