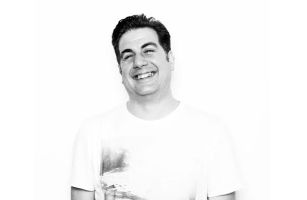 M&C Saatchi has announced the promotion of David ‘Jacko’ Jackson to Digital Creative Director. In his new role, he will report directly to Chief Creative Officer, Andy DiLallo. Jacko will be responsible for driving integrated digital ideas across the agency.

Jacko has been at the helm of the agency’s most highly awarded digital work. This includes the acclaimed Game of Balls campaign for testicular cancer awareness, which won over fifty awards including Golds at London International Awards and Spikes, as well as five Gold pencils at the recent AWARD awards

DiLallo said: “Jacko has the right amount of talent, passion and drive for digital. Within his expanded role, Jacko will be able to make a meaningful difference for all our clients, as well as within the broader agency."

Jackson said: “I’m thrilled with the new role. M&C Saatchi has a singular vision to create only the very best work and I’m excited to be a part of its journey. Andy is a truly inspirational creative lead and I can’t wait to help realise his lofty ambitions. We’ve already got some truly exciting projects in the pipeline, which we look forward to unveiling in the near future.”

Over the last two years at M&C Saatchi Sydney, Jacko has helped drive new business including winning pitches for NRMA Insurance and St Vincent’s De Paul. He has also worked on campaigns including the NRMADE Better launch, Surprising Good Insurance launch, NRMA Our Home and the award-winning Every 6 Seconds for Quit.