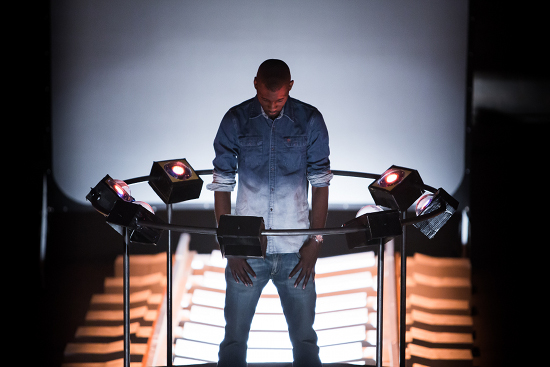 M&C Saatchi has unveiled a film and online game – ‘Track Tests’ – to help Network Rail reduce the number of people accidentally killed or seriously hurt on train tracks, in the second phase of the agency’s safety awareness initiative for Network Rail.

The campaign uses rapper, Wretch 32, and spoken word performer, George the Poet, in a series of tests, which highlight the difficulty of hearing approaching trains.  The tests use binaural sound to see if the pair can identify the direction of an oncoming train – and react in time.

After watching the test, the viewer is prompted to take part in a specially designed online game. Players hear the binaural sound of a train approaching and simply have to select which direction they think it’s coming from in order to stay alive.  The game features three levels, which become increasingly more realistic.

Camilla Harrison, CEO at M&C Saatchi, said: “It’s one thing showing people how difficult it is to tell where a train is coming from, but it’s quite another giving them the chance to try it for themselves. The combination of the film and the game will engage the public, help them to understand through their own (virtual) experience how hard it is to recognise the direction of moving sounds, and demonstrate how dangerous it is to walk on railway lines.”

Nicole Quayle, Marketing Services Specialist at Network Rail, added: “Too many people think they would hear a train in time to move clear - tragically with more than 40 deaths in the past year, we know this isn’t the case. We hope that Track Tests will help people think twice about taking a chance and reduce the number of incidents we see each year.”

The previous Network Rail viral campaign by M&C Saatchi, released in May 2012, featured Welsh Olympic hurdler, Dai Greene, testing the speed and agility needed to move out of the way of an oncoming train in time. The You Tube video reached 1.25 million views.

Try the new game out at: http://www.youtube.com/user/networkrail/TrackTest