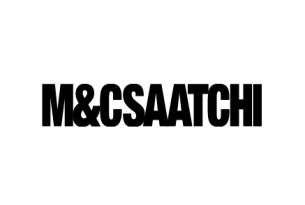 CEO Jaimes Leggett said: “M&C Saatchi Group has gone through rapid change. This is largely driven by the re-articulation of our vision – to be the most influential creative company in Australia by 2020.  To deliver on this vision, we’ve built a group of companies with best-in-class capabilities designed to connect with a consumer at every point they encounter a brand. And invariably innovation has been a big part of that. We no longer just create communications. The M&C Saatchi Group of the future has a laser precision view of the customer experience. And we’re building our brands around that.”

The company’s 'Game of Balls' campaign was awarded the best CSR/social innovation. Hailed as one of the biggest marketing stories in the world, it has reached over sixty million people. M&C Saatchi Group approached one of the largest Adult Entertainment studios in the world and convinced them to include a message in their biggest release of the year. The idea has disrupted the way marketers target audiences with key health messaging.

The company has improved on its ranking of eighteenth in 2015 and has beat fellow agencies including Leo Burnett and Clemenger BBDO Melbourne. One of the company’s biggest clients, Commonweath Bank of Australia, has also been ranked third.