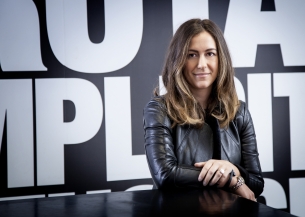 The move is a return to her hometown for Robertson after a number of years overseas either side of the Atlantic, most recently as VP Account Director at Saatchi & Saatchi New York. There she led the Chase Commercial Bank business and General Mills brand Yoplait.

Robertson was instrumental in driving significant growth on the Chase business in six months to become one of the biggest on Saatchi’s NY roster.

Previously she was Digital Account Director at Glue Isobar in London working on the likes of Royal Bank of Scotland/NatWest Bank after a stint clientside as Advertising Manager at giant UK telco O2.

Roberston kicked off her career at DDB in Melbourne where, as an Account Manager, she was selected in the agency’s ‘Young Rising Star’ program.

M&C Saatchi Melbourne is in the midst of a successful new business drive that has seen it win half a dozen major new accounts, including United Energy, Clarke Rubber, Smiling Mind and a project alongside M&C Saatchi Sport & Entertainment for Four ‘n Twenty Pies, since David Dahan joined as MD in May to partner ECD Paul Taylor.

“Rebecca has the perfect combination of local and international experience,” Dahan said. “Normally Australian talents of that calibre stay abroad, we feel lucky Rebecca has decided to come home to us. This is the start of a new era for M&C Saatchi Melbourne.”

Robertson said: “Having worked for such a dynamic agency in New York, it was important for me to find an opportunity back in Australia that offered a similar sense of drive and vision.

“I look forward to working alongside David and Paul, and the broader M&C Saatchi team, in helping build the momentum of the Melbourne office mirrored by the great things the agency is achieving in Sydney. It’s really exciting to be part of that growth.”