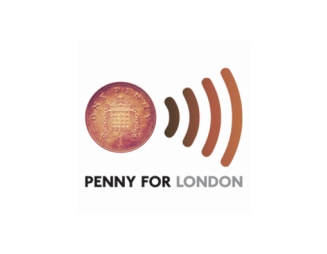 M&C Saatchi has played a central role in bringing the world’s first city-wide contactless payment giving scheme – ‘Penny for London’ – to life.  The innovative new micro-donation scheme, which allows Londoners to donate as little as 1p every time they make a contactless payment, was launched by Mayor of London, Boris Johnson, yesterday.

M&C Saatchi has worked on the scheme on a pro bono basis since the inception of the idea, and has developed all the branding, design, and logos for the campaign.

An integrated campaign – created by M&C Saatchi – will run across the Transport for London network, including a bus wrap, and in press, radio, digital, social media and online to raise awareness of the initiative and encourage Londoners to sign up. 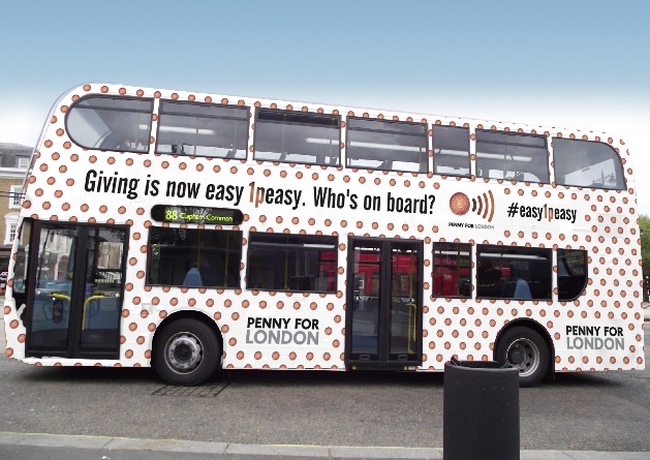 Richard Alford, MD at M&C Saatchi, said: “This campaign represents a revolution in charitable fundraising. We are immensely proud of the new Penny for London brand, and it is an honour to be helping the Mayor’s Fund for London extend its reach and engage with Londoners, while above all increasing support for each of its charities.”

Throughout the initiative M&C Saatchi has worked to ‘own the penny’, with the familiar British coin appearing in all creative. In a play on words the campaign also sports the hashtag, #easy1peasy, further underlining the campaign’s association with the penny.

Matthew Patten, CEO at the Mayor’s Fund for London, added: “What could be more brutally simple than Penny for London?  With this campaign London is leading the way for the rest of the world in maximising contactless technology to aid social welfare schemes. With Transport for London having just rolled out contactless payment across the network, now is the perfect time to be launching this initiative.”

Boris Johnson, Mayor of London, commented:  “Penny for London is a big, bold idea that will revolutionise the way we give to charity.  Enabling people travelling around the city to pool their pennies could potentially add up to hundreds of thousands of pounds.”

Funds raised will be distributed to a wide range of London charities and organisations working with disadvantaged young Londoners in the Capital.