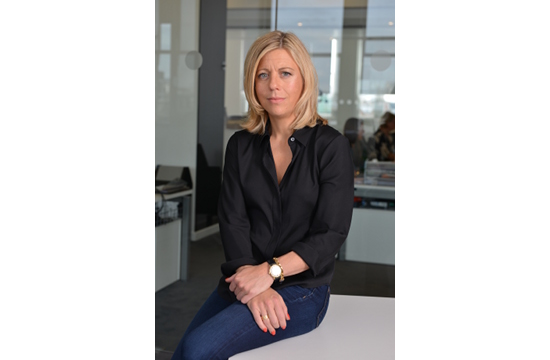 M&C Saatchi has announced it is promoting Camilla Harrisson, currently Chief Operating Officer, to the position of Chief Executive Officer.

Harrisson has worked in advertising for twenty years and, prior to M&C Saatchi, worked at Wieden + Kennedy, Leo Burnett and WCRS. She has worked alongside a number of leading brands, including Camelot, Associated News, Revlon, Heinz, Nike, Honda, and McDonald's.

For most of her career, Harrisson has specialised in new business and growth. More recently, in her role as COO at M&C Saatchi, she has been working closely with Lisa Thomas to develop and drive the Group’s integrated offering.

In July, Harrisson stepped down from her year as President of WACL (Women in Advertising and Communications London). She led the WACL into its 90th year and has been credited for energising and modernising the Club, as well as securing some top speakers, including Ed Miliband and Justin King.

Lisa Thomas, CEO at M&C Saatchi Group, said: “I’m personally delighted that Camilla will be leading M&C Saatchi as CEO. She has the unique ability to build genuine and lasting relationships with people within the agency, across the industry, and with clients at the same time as having a strong strategic mind.  This unique combination of skills make her the perfect leader to take the agency into its next stage of growth.”

Camilla Harrisson, CEO at M&C Saatchi, added: “I absolutely love the bones of this place and so it’s a huge privilege to become CEO.  With the unique agency model we’ve created here and the exceptional talent within these four walls, I couldn’t be more excited or more confident about the possibilities for us and for our clients.”

Harrisson’s appointment follows the departure of Carrie Hindmarsh, who stepped down as CEO of M&C Saatchi in July this year.