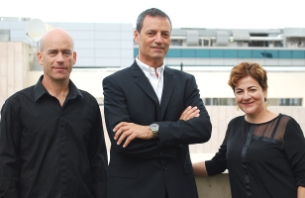 Moray MacLennan, Worldwide CEO at M&C Saatchi, said: ‘We are starting M&C Saatchi Tel Aviv for two reasons. Firstly because we have found three exceptional partners who share our entrepreneurial spirit and the belief that nothing is impossible. Secondly, the high concentration of hi-tech industries is of particular interest for future investment. It seems appropriate for a ‘start-up’ advertising network like us to invest in the ‘Start-up Nation’.’

The full service agency currently operates across the automotive, retail, and real-estate industries, among others, with global and local brands. M&C Saatchi Tel Aviv will launch with the likes of Land Rover, Jack Wolfskin and Rafa (pharmaceutical) as clients.

Alon Hochdorf, CEO at M&C Saatchi Tel Aviv, added: ‘Chutzpah is intrinsic to Israeli society and also part of the Saatchi DNA.  Our agency in Tel Aviv stands at the centre of creative thinking and technological innovation - we hope to add some new ingredients to M&C Saatchi’s future story.’

Israel has the largest tech sector per capita in the world – referred to as the ‘second Silicon Valley’. The manufacture of high-technology products is the country’s biggest industry. During 2013, 61 NASDAQ-listed companies  came out of Israel, more than from Europe, Japan, Korea and China combined.

Israel will be one of the strongest areas for tech growth in 2015, alongside China, India and Sweden. In 2014 1000 new high tech companies joined the scene – including Facebook and Apple - bringing the total to 5000 organisations registered as high tech or ad tech.