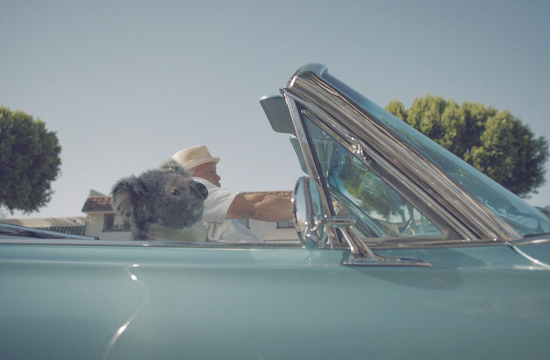 M&C Saatchi has premiered a three-spot campaign for the San Diego Zoo, "Welcome To Koalafornia," to promote the Zoo's new Australian Outback experience.  Directed by Lorenzo Fonda and produced by dillygent&son, the ads welcome favorite Aussie animals to the Golden State with a slice of Southern California style.

"Lifeguard" references the iconic TV image of a red-suited lifeguard running down the beach.  As she runs by in slow-motion, we see a surf-ready koala about to hit some waves.  In "Low-rider" the cuddly marsupial fits right into a familiar California scene, as he cruises down a palm-lined street in a low-rider on hydraulics.  And "Eucalyptus" finds the koala at an 'organic' pharmacy, with a stoner employee suggesting various strains of green plants as he munches on a eucalyptus.