Headed up by Michael Lawrence, Nicholas Cook and Taylor Steele 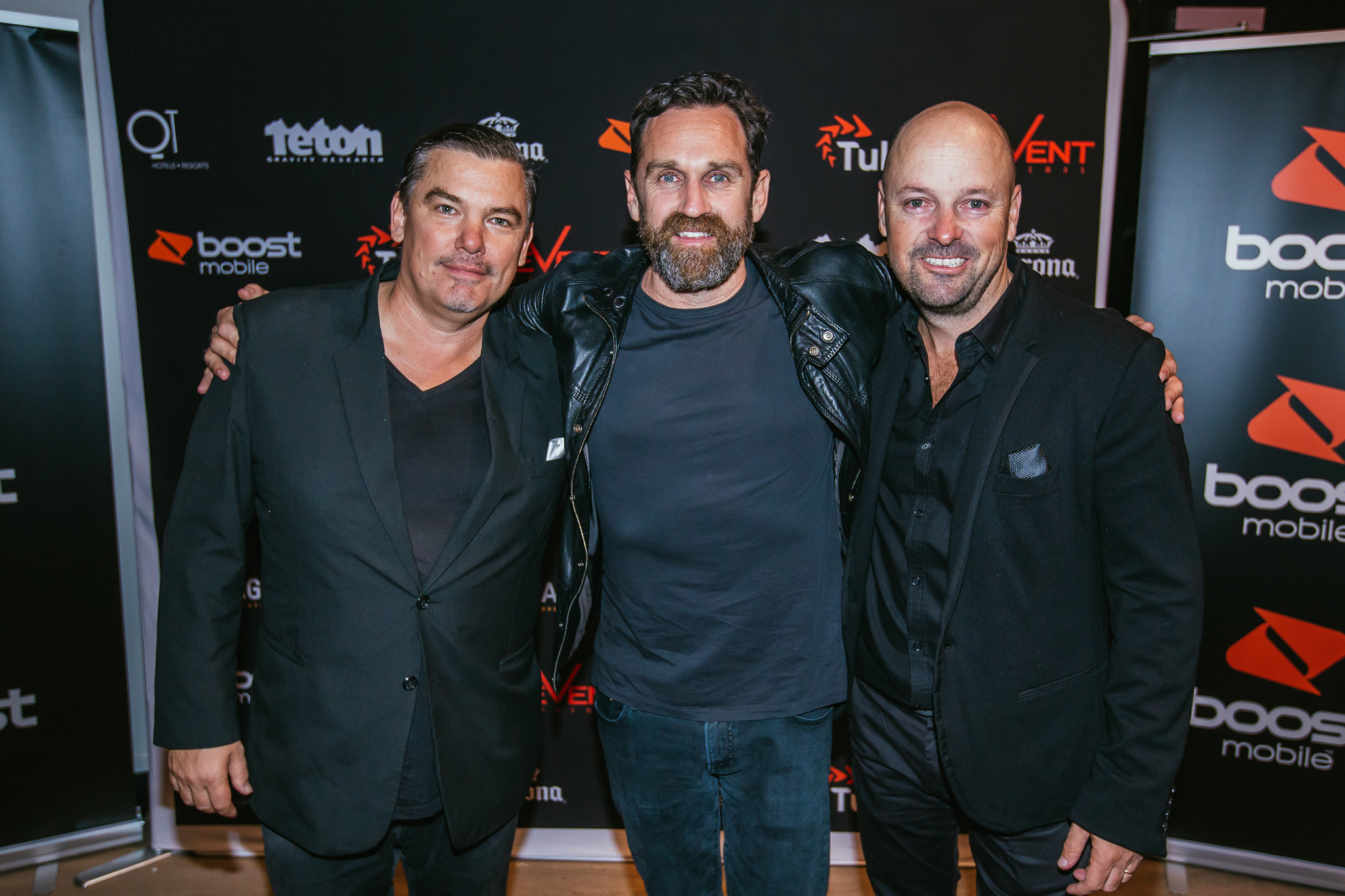 M&C Saatchi Group has partnered with award-winning documentary makers, writers, producers and digital content pioneers Michael Lawrence (left) and Nicholas Cook (right) to launch film and television production studio THIS.
Lawrence and Cook have established an enviable track record creating story-driven content and feature documentaries based on The Human Indomitable Spirit (THIS) including the documentary Bra Boys which saw box office success and critical acclaim, First Love, Fighting Fear, You & Me and the TV Series The CREW.
The pair has joined forces with longtime collaborator, Taylor Steele (centre), an award-winning creative and filmmaker whose name is synonymous with surf culture filmmaking with more than 40 best-selling films in the genre. Commercially, Steele is best known for his work on Corona's iconic 'From where you want to be' campaign.
Says Jaimes Leggett, CEO of M&C Saatchi Group: "Mick, Nick and Taylor are brilliant filmmakers and great storytellers. They have an impressive back catalogue of work and an inherent understanding of how to create engaging content for brands. We're already underway on a couple of new projects which we're excited to share in the coming months."
Says Cook: "We have been approached to work with a lot of people but none that shared the vision for what we want to do in the way that Jaimes did. We knew straight away that M&C Saatchi was the absolute best fit for us."
THIS. already has two projects under its belt: a four-part TV series in partnership with Ripcurl and a multi-part content drive that brings to life Subway's involvement with the X Games which will be broadcast on Channel 7 in October.
Additionally, the studio is working on a series for Nat Geo and a major documentary with an LA-based film studio.
Says Lawrence: "It's an exciting time to be a storyteller. The three of us collectively felt there was a gap in the factual long and short form production market where we could tell the stories we wanted and get brands and business more authentically involved from the ground floor.
"For us, involving a brand or product goes way beyond co-funding opportunities. When talent, purpose and messaging are in sync with a brand's beliefs and values it simply makes sense. When done well, the model not only gives the film fans, followers and a story that profoundly resonates with the brand's target audience, it creates a lasting legacy for the brand."
THIS. is currently working with a slate of celebrated Hollywood directors which will be announced soon as well as local creative talent including director Tahyna Tozzi-MacManus (recognised as Best New Talent at St Tropez Film Festival), writer Derek Riley (author of Wednesdays With Bob Hawke, co-founder STAB and Beach Gritt), creative/producer Michelle Owen and writer, communication and branding strategist Sally Steele.
View their work here and here.
view more - Hires, Wins & Business

Keeping up with Culture: How to Capture the Attention of Society’s Most Distracted
View all News