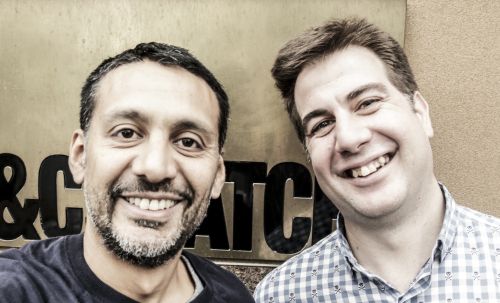 M&C Saatchi Sydney has made a significant bolster to its digital stocks with the appointment of award-winning creatives Ant Melder to CD and David “Jacko” Jackson to Senior Art Director.

Melder has been kicking goals across ATL advertising, digital, direct and shopper marketing in both Sydney and London for the best part of two decades. His work has been recognised everywhere from D&AD, The One Show and Cannes to the MAAs, DMAs and Campaign Big.

Melder was previously CD at Iris Worldwide in London, following four years at Saatchi & Saatchi X – Saatchis’ activation and retail division – where he was also CD. He kick-started his career with George Betsis and Siimon Reynolds at VCD Sydney before moving back to London to work at the likes of Wunderman, Agency.com and M&C Saatchi UK.

M&C Saatchi Australia’s creative engine is driven by a trio of leaders in art, copy and code. As part of his remit Melder will lead the code side of things, ensuring the ideas travel contagiously beyond paid and owned media for amplification in earned media environments.

Jackson’s path to M&C Saatchi most recently included three-and-a-half years as a senior creative at GPY&R and VML. He is flush with fresh triumph at the globally envied SXSW Interactive Awards, winning the 2014 Activism gong for his much-lauded ‘Missing Persons Pre-roll’ for the AFP which also picked up two AWARD pencils last week.

Jackson is no stranger to precious metal with Vinnies ‘Signed Finds’ winning a Gold and four Silvers at the 2012 AWARD Awards and two Golds and three Silvers at that year’s Effies.

Other recent successes include the 'Colgate Mouth Guard' sponsorship of the South Sydney Rabbitohs, and the frequently shortlisted 'Ajax Social Wipes'. He will partner award-winning Associate CD Josh Bryer to form a senior digital team.

“They fairly bristle with energy, ideas and enthusiasm and are lovely blokes to have around.”

In a joint statement Jackson and Melder said: "M&C Saatchi is one of the most famous, iconic and respected agencies in the world. It's so exciting to be surrounded by brilliant people at the top of their game, all pushing for that magic blend of creativity, innovation and integration."