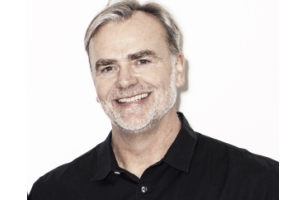 ADFEST is pleased to announce that Ben Welsh, Creative Chairman of M&C Saatchi Asia, is joining this year’s festival to present a session titled: “Innovation & Creativity – and why Asia is well placed to excel”.

Welsh will kick off his session by explaining the success of ‘Clever Buoy’, a shark-detection device created for Optus by M&C Saatchi in Sydney, which has taken the world by storm. With two more innovations in production, Welsh believes agencies are now delving into new territory as innovators, not just creators.

“I don’t work in tech, nor venture capital, R&D or anything like that. I work in an advertising agency. So how come an advertising agency is rated one of Australia’s most innovative companies? In my talk I will ponder the relationship between innovation and creativity, what they have in common and where they differ. I’ll talk about the work we have been doing at M&C Saatchi to illustrate these points,” says Welsh.

“I used to say creativity and innovation are the same. Now, while I think they have much in common, they are siblings rather than twins – same parents, with a lot of similarities but many differences too. I intend to go on to explore innovation in Asia – its proud past and exciting future. And, based on my limited experience of the region, I’ll stick my neck out and say why Asian agencies are well placed to innovate, despite a few cultural hurdles.”

Before stepping into a new role as Creative Chairman of M&C Saatchi Asia last year, Welsh was Executive Creative Director at M&C Saatchi in Sydney, which was voted Australia’s second most innovative company at the BRW Awards, 2014.