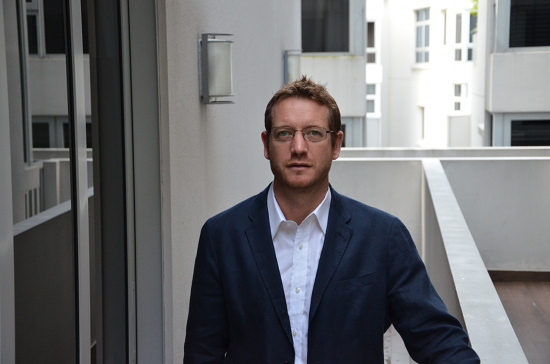 M&C Saatchi has announced it is appointing Mark Sinnock – the multi award winning strategist and ex-ASDA marketer – to the role of UK Group Chief Strategy Officer at the agency.

Sinnock returns to the UK, joining M&C Saatchi after 4 years in Asia where he held the role of Regional CSO across two WPP networks – Ogilvy & Mather Asia Pacific Group, and Bates CHI & Partners (the joint venture between CHI & Partners and Bates Asia)

Sinnock brings 18 years’ experience from both client-side and agency. While in Asia Mark helped Ogilvy win Campaign Asia’s Network and Creative Agency of the Year 2011, as a result of pitch wins and a new digital thought leadership platform. He also led the planning for Coca-Cola across Asia, as it picked up Ogilvy Asia’s first Cannes Grand Prix for ‘Coke Hands’ and multiple Cannes Golds for ‘Sharing Can’. He led the planning on Ogilvy’s first IPA Gold 2012 for Singapore’s anti-smoking lobby. He moved across to Bates CHI & Partners in 2012 to successfully launch the new WPP joint venture, with multiple global, regional and local pitch wins for the likes of IHG, Asus, Smirnoff.

Prior to his stint in Asia, Mark held the position of CSO at Fallon London, leading the planning across the business to multiple pitch wins and Cannes success, including developing the strategy for the Sony portfolio – resulting in ‘Sony Balls’, Campaign’s Campaign of the Decade. During his tenure as CSO, Fallon London picked up Campaign’s Agency of the Year for 2006 and 2007. He then joined ASDA as Marketing Director, where he led the team to deliver the world’s first ‘Price Guarantee’ initiative.

Throughout his career, Sinnock has led the strategy and planning teams that have delivered a number of award-winning campaigns:

Lisa Thomas, Chief Executive Officer at M&C Saatchi Group, said: “Mark brings inspiration, thought leadership and a digital point of view from a global background across several key industries. His appointment is a vital completion of our management team line-up, and will add further momentum to the growth and evolution of the agency.”

Mark Sinnock added “Exciting times ahead. M&C Saatchi is one of the most progressive groups in London with a phenomenal and diverse talent pool, an enviable client list, and a real desire to unlock the commercial potential of creativity. I look forward to working with the team to take the business to the next level.”

Mark will begin working at M&C Saatchi at the end of the year.