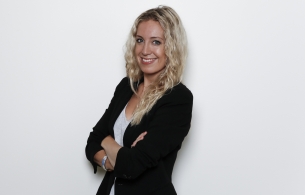 Reporting to Chief Strategy Officer Justin Graham, Kimber will work across the Group, focusing primarily on Optus and the IAG Insurance brands.

Kimber comes to the role from nearly two years in the Amsterdam office of 72andSunny. There she was Lead Strategist on both the Smirnoff Western Europe and Samsung TV businesses.

That gig followed a year in Paris where she undertook a Fine Arts course and honed her considerable Francais skills.

Prior to departing Australia, Kimber was a senior Strategic Planner at DDB Sydney and then Droga5, leading award-winning work for the likes of Volkswagen, the UN, Unilever, Johnson & Johnson, Tourism Australia and Kraft/Cadbury, to name a few.

Graham said: “Rachael is a brilliant thinker which, combined with her determination and curiosity, makes her universally loved by clients.

“She is a great addition to the team, especially following her impressive stint overseas and has hit the ground running with an immediate impact on our work.”

Kimber said: "M&C Saatchi inspires big brands to solve business problems in genuinely innovative ways and I’m thrilled to be joining them in this.”