Alp Üstüngör has been appointed to lead the new agency 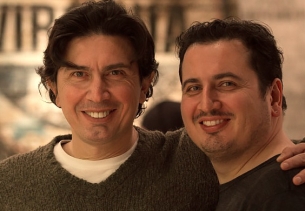 M&C Saatchi has acquired a minority stake in INSPI(RED), an advertising agency based in Istanbul, Turkey, and formed a new agency: M&C Saatchi Istanbul.

The new agency will continue to work with INSPI(RED)’s established roster of global clients, including Vodafone and HP, as well as local clients such as Kahve Diyarı, Forum Ístanbul and Ístanbul Büyüksehir Belediye.

Moray MacLennan, Worldwide CEO at M&C Saatchi, said:  “Our strategy is to be in key strategic locations with like minded people. The Turkish market is increasingly important to multi-national clients and with Alp we have not only a creative entrepreneur of the highest quality, but someone who believes in making an impact on the world.”

Alp Üstüngör at M&C Saatchi Istanbul, added: “We believe that this partnership will take us to a unique environment where we will not lose the values that made us, but instead grow, especially in digital and mobile.”

With such a young and tech-conscious population, Turkey has been moving in the direction of a start-up hub for years, with innovative technology and unique ideas emerging in Istanbul before anywhere else in the world.

These trends have been recognised by international capital firms, who have taken a strong interest in Turkey’s start-up scene, specifically identifying the massive opportunity of mobile within the country, propelling technology and innovation into becoming some of the leading industries in Turkey.