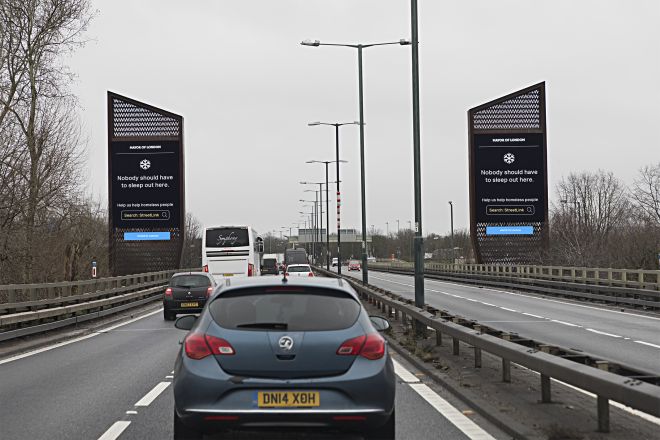 The Mayor of London, Sadiq Khan, has launched an innovative new advertising campaign to raise awareness about the impact adverse weather conditions can have on homeless people

Digital advertising screens in more than 130 locations across London will use weather data to update dynamic elements depending on temperature, as part of the Mayor of London’s rough sleeping campaign.

Using the tagline, ‘Whatever the weather, homeless people deserve better’, the adverts will be triggered by weather data from the Met Office, providing up to date weather information for that evening when the temperature drops to zero or below – reminding the public of the conditions homeless people have to endure and encouraging them to refer rough sleepers to support services.

As low temperatures continue, the campaign hopes to raise awareness about the impact freezing weather can have on the thousands of people sleeping rough in London and how Londoners can help. Select sites will also provide instant access to StreetLink – a website, app and telephone service through which members of the public can send an alert that connects a person sleeping rough to local services for support.

Launched at the end of November, the campaign has already raised over £200,000, with Londoners also making a record 9,165 referrals to StreetLink since it got underway. 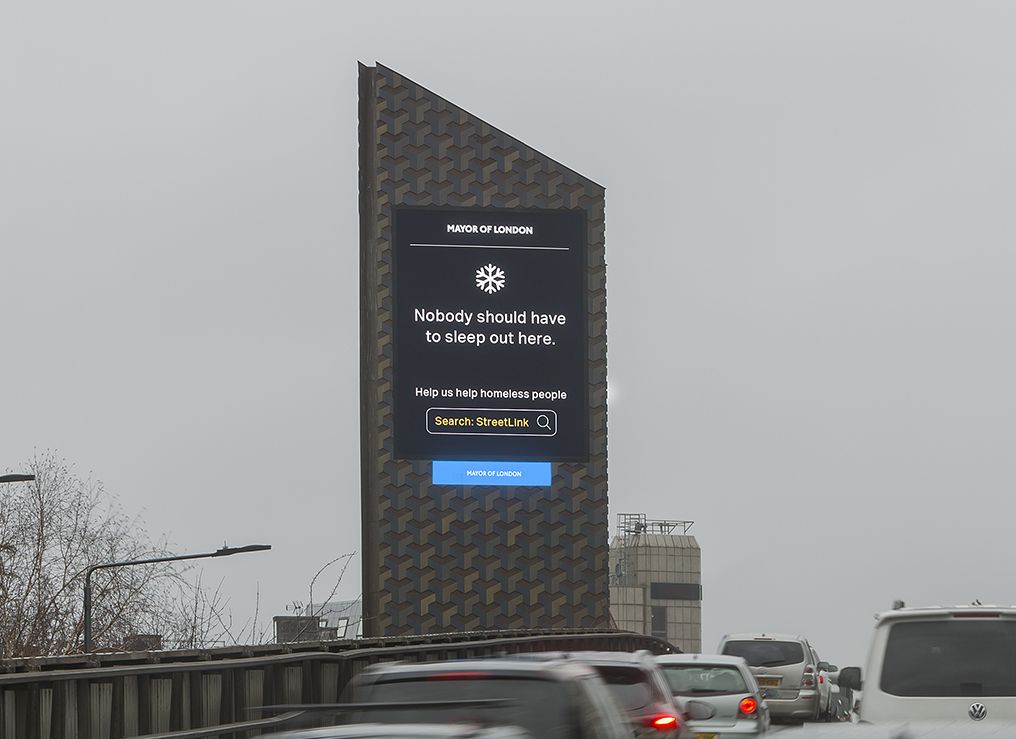 A similar temperature-triggered radio advert features former rough sleeper, Gordon, reading the evening’s weather forecast, followed by an appeal for the public to consider the hardship of life on the streets during winter months. Gordon now works as an actor for Cardboard Citizens, a theatre company and homeless charity, and is studying for a BA in performing arts. He initially received support from homeless charity Crisis, who helped him off the streets.

Like the advertising screeners, the radio advert uses weather data from the Met Office, allowing different versions to run depending on the forecast - one for sub-zero temperatures, another for zero to five degrees.

James Nester, executive creative director at Weber Shandwick, said: “We’re obsessed with the weather - yet few of us appreciate how perishingly cold it gets at night. This simple, data driven idea twists the conventional weather forecast, giving Londoners a powerful nudge to help rough sleepers.”

Martin Corke, marketing director at Clear Channel, said: “The Out of Home industry influences everyone’s lives in a multitude of ways, from providing essential utility with bus shelters, to delivering powerful messages to the public. This campaign supports some of the most vulnerable people in society, delivering contextual messaging at precisely the right moment to drive action and awareness and we’re delighted that we can play a part in further making a difference to people’s lives.”

James Murray, deputy mayor for housing and residential development said: “It is a national disgrace that so many people are being forced to sleep rough, and we know Londoners want to help in any way they can. Londoners have already thrown their support behind the Mayor’s rough sleeping campaign, and these innovative digital screens, alongside the radio advert, will help to further raise awareness of how to help rough sleepers. I urge Londoners to keep donating, and to refer any rough sleepers they are concerned about to StreetLink, so they can get the support they need to leave the streets for good.” 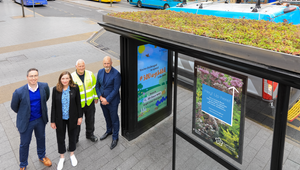 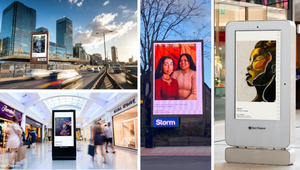 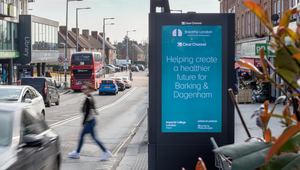 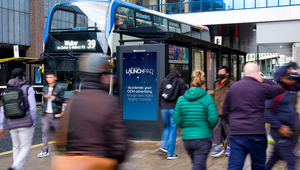