CNY film was created by Blak Labs, produced by Smallshop Communications and directed by Caleb Huang 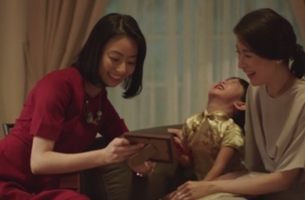 Maybank Singapore has launched a heart-warming film that explores the themes of family, forgiveness and togetherness this Lunar New Year. The four-and-a-half-minute film tells the story of reconciliation between two sisters, driving home the message that conversations bring people closer and strengthen ties.

The film features two sisters growing up in the 1990s. Although life was tough when they were young, the sisters managed to find joy in the midst of hardship. However, their relationship changed when the elder sister left home suddenly, breaking the close bond between them.

Over the years, the elder sister attempts to reconnect with her estranged sibling but without success. This Lunar New Year, things take a new turn and they reunite with each other.

The film was produced by creative agency Blak Labs, production house Smallshop Communications, and directed by Caleb Huang. It will be broadcast in cinema advertisements and across digital channels.

Caleb Huang who directed the film said, “This film is about the bond between sisters, and also about the relationship between family members. Family is more important than anything else, and it is not too late to reach out to friends or family members that you have not contacted in a long time. Everything starts with the first conversation. And we hope that through the film, viewers will realise that conversations actually do bring us closer.”

John Lee, country CEO & CEO of Maybank Singapore said, “As we use more technology, people are connected but are increasingly disconnected from each other. Maybank’s mission of Humanising Financial Services is essentially about bringing people together, so we want to bring the conversation back. We also hope that this film will bring out the nostalgia and emotion associated with coming together and being a family during Lunar New Year.”