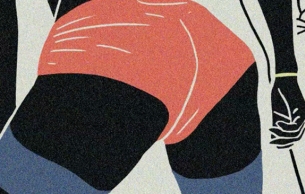 Fieldtrip has announced the signing of director Maxime Bruneel.

29-year old Bruneel is a prolific filmmaker, ceaselessly moving between commercial and personal projects. Whether it’s shooting a music video for a friend’s band or holed up in a studio making stop-frame animation for a client, his drive to create new work is never-ending. The result is an impressive, inventive and diverse catalogue of work.

Bruneel will do almost anything in the name of art, as evidenced by his latest promo for Diplo and Swick, “Dat A Freak”. After trawling the web for weeks in search of the perfect ‘twerking’ footage, he painstakingly, roto-scoped each frame of the edit to create the mesmerising video.

Executive Producer Michael Adamo said “Maxime’s work is cool, stylish and ahead of trend.  His ability to work across multiple techniques and invent new ones is what we look for in all of our directors at Fieldtrip. He’s an awesome addition to the team.”