Serviceplan debuts the quirky campaign for the energy drink brand 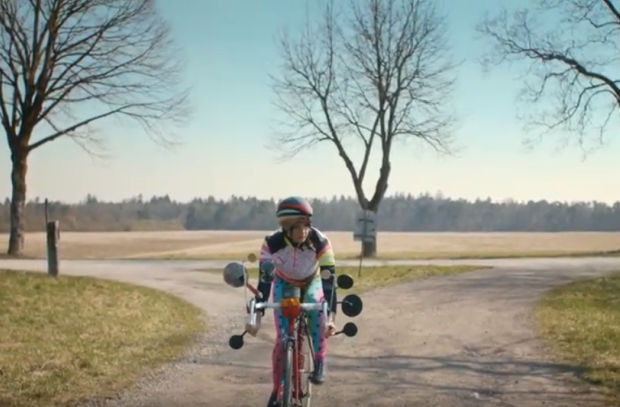 Serviceplan Campaign has created a witty campaign for energy drink MAXIMAL G. Titled ‘Be Maximal’, the unique campaign is aimed at millenials.
We all use up way too much energy in our daily lives, whether we’re at work, shopping, or even sleeping, everything we do uses energy and we need this energy to survive. But how do we get as much energy as possible, without wasting too much of it?
A quirky campaign for Maximal G claims to have found the answer to this question, with a mockumentary featuring a cyclist who shows her creative yet obscure way of reaching her maximum energy level: a never-seen-before way to get the energy you need. And all this with just the help of a bit of quantum physics and a bike. Now that everyone knows just how easy it is, you can earn your extra dose of energy too. But of course, you could also just drink a can of “Maximal G”.
Serviceplan Campaign came up with the inaugural advert for the MAXIMAL G brand: ‘Be Maximal ’is an unconventional campaign targeting millennials with its quirky depiction of a cyclist wearing pro-cycling gear and racing backwards down a country lane.
Michael Jaeger, managing director consulting, Serviceplan Campaign commented: "MAXIMAL G is directed at young people who are always either online or out and about. With MAXIMAL G, the REWE Group has launched a product in the market which perfectly matches this kind of lifestyle. Our campaign exactly reflects that lifestyle and will, therefore, be extraordinary and surprising, just like the people that we want to reach out to."
He continued: "In close collaboration with our colleagues from Neverest, E+P films and director, Matthias Thönnissen, we have been pursuing a modern content approach that puts the digital communication measures into the spotlight and distinguishes itself through shorter periods of implementation in order to consistently produce new and especially current contents for users."
view more - Creative