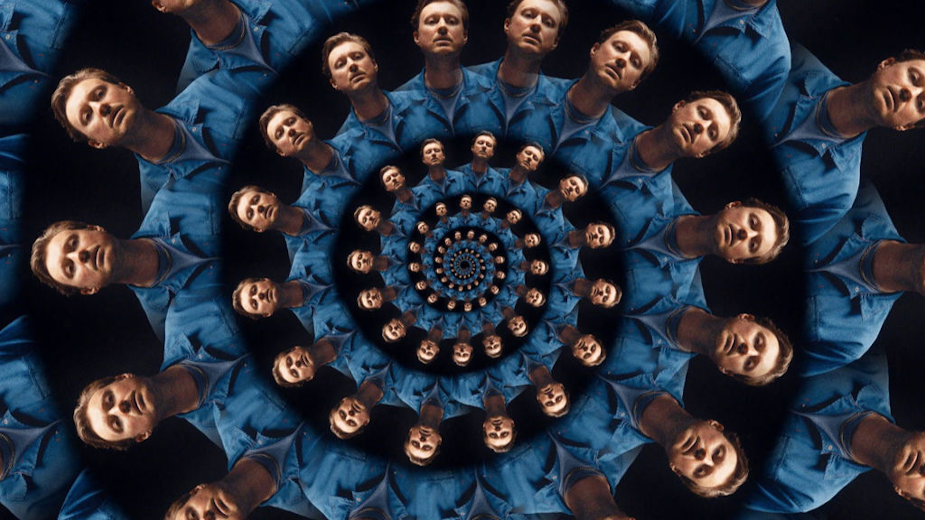 London based filmmaker and photographer Maxim Kelly has teamed up with Because Music’s Django Django to create a visually dazzling music video to accompany the release of their new single Spirals. Its their first new material since the 'Winter’s Beach' EP in 2018, and an utterly compelling glimpse at what’s to come.

Sounding invigorated and more energised than ever, Spirals doubles as a tantalising return to form as well as a rousing call to arms. Beginning with elegant circling synths that grow into a never-more-relevant anthem to hope, it uses the image of DNA to muse on the connections we have as humans being stronger than the divisions. One of the tracks specifically written as part of the forthcoming live set, its dynamics are galvanising: a steady accumulation of joyous energy. The video takes the viewer on a psychedelic journey through multiple spinning mandalas. Following a series of visually innovative videos from the band, Spirals perfectly sits alongside their previous canon of work. Kelly delves into the process further:

“The approach behind Spirals by Django Django was to translate the psychedelic trip through The Victorian technique of the phénakisticope. The visual illusion generated by spinning the disks at the correct speed coupled with the shutter of a camera is both confusing and hypnotic. I was drawn to how the animations flow in and out, drifting and duping the mind and then back again. This felt a lot like the psychedelic experience to me. The challenge was to fuse the old with the modern. The analogue and the digital. Updating and modernising the technique.”

The single will be available to stream and download on all the usual digital platforms and also as a 10” vinyl b/w exclusive track The Ark, available from www.djangodjango.co.uk and all independent record shops.