ROLSTON@LArge will be dedicated to the development and production of beauty, fashion and lifestyle projects 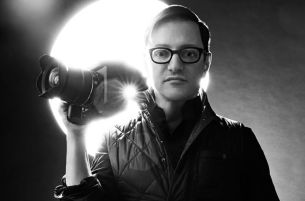 @LArge Productions + Post has partnered with preeminent director/photographer/creative director Matthew Rolston to launch ROLSTON@LArge, dedicated to the development and production of beauty, fashion and lifestyle projects, with intelligence and verve. The launch is central to the @LArge model of forming strategic self-sustaining alliances with brands and key creatives. Matthew Rolston and Managing Director Tracy Mays will oversee the division, with Matthew Rolston in the multifaceted role of Director/CD/EP, in collaboration with Beth Aranda in charge of production and Ashley Hydrick heading post production. The company will also feature handpicked directing talent curated by Rolston & Mays that are primed for the expanded content realm prevalent in lifestyle and beauty.

“Matthew is one of the foremost beauty directors in the world and an iconic visionary who deeply understands brands and business,” comments Tracy Mays. “ROLSTON@LArge harnesses Matthew’s creativity and energy for work with agencies and clients. It also sets the stage for the next wave of directing talent who understand how to maximise content, beautifully.”

“What we are doing together is a focus on the marriage of ideas and exceptional visuals to define stories for brands, artfully and with meaning,” explains Rolston. “It’s a compelling time for creativity because the old box, one that has an unnecessarily limited scope, is quickly breaking down. Diverse expressions with a level of quality and style are what we aim for. Tracy always has an eye to the future and @LArge has established a reputation for original thinking and solutions, both of which make this an exciting union.”

Rolston is internationally renowned for award-winning music videos and advertising projects for wide reaching and diverse artists and clients, including Beyoncé Knowles, Madonna, Miley Cyrus, and Christina Aguilera, as well as both print and television campaigns for a wide variety of internationally recognised brands including Campari, Bacardi, L’Oreal, Revlon, Esteé Lauder, Clairol, Pantene, Elizabeth Arden, Gap, Polo Ralph Lauren and Burberry. His photographs – often timely comments on an artist’s persona - have been published in many magazines, including Interview, Vogue, W, Harper’s Bazaar, Vanity Fair, The New York Times, over 100 covers of Rolling Stone, and over 40 covers of O, The Oprah Magazine. Rolston’s photographs have also been exhibited at museums and institutions including The Annenberg Space for Photography, Los Angeles, The Whitney Museum of American Art, New York, The Victoria & Albert Museum, London, Los Angeles County Museum of Art and the National Portrait Gallery, Washington, D.C.

Ever expanding and redefining the scope of his vision, Rolston added the title of Creative Director, developing innovative projects in the area of experiential design, including hospitality, product design and new media ventures. Rolston’s first hospitality brand creation, developed for sbe Entertainment, was The Redbury hotel, its Hollywood, California, flagship, which was followed by a second location in South Beach, Miami, and, most recently, a third Redbury property in New York City. Working closely with Sam Nazarian, Rolston was deeply involved in every aspect of the project, from the naming to the logo, from design concepts to marketing strategies. He also oversaw an extensive team that included architects, interior designers, graphic designers, music, and scent experts – even the uniform company that supplied the look-and-feel of the staff wardrobe. This layered approach to the tactile and emotional experience typifies Rolston’s process.

A teacher and guest lecturer at Art Center College of Design, Pasadena, California, Rolston is known for mentoring new talent, including the rising directors that will be central to the Rolston@LArge experience.