John Domas moves to new role within the network 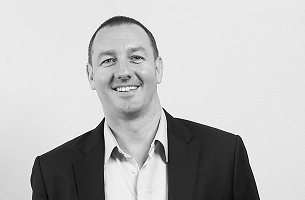 His 22 years in advertising, the last seven with Y&R, span Australia, Cambodia, the UAE and Vietnam.

Commenting on the appointment Bhasin said, “Matthew Collier’s achievements with his great young team at Y&R Vietnam, and subsequent expansion of responsibilities to include Indochina, make him the ideal choice to maintain the amazing momentum at Y&R Group Indonesia, in partnership with award-winning new ECD Yerry Indrajaya.

“Under John Domas’ leadership, the Y&R Group of agencies has gone from strength to strength, with major business wins including Indonesia’s biggest bank BCA, FMCG giant TPS Food and adidas. Winning Merck as both creative agency and for strategic strength shows how Y&R Group has grown not only in size but in capabilities. We thank John for his outstanding contribution and wish him all the best in his exciting new role.”

Matthew Collier’s successor as CEO Y&R Vietnam will be announced in due course.