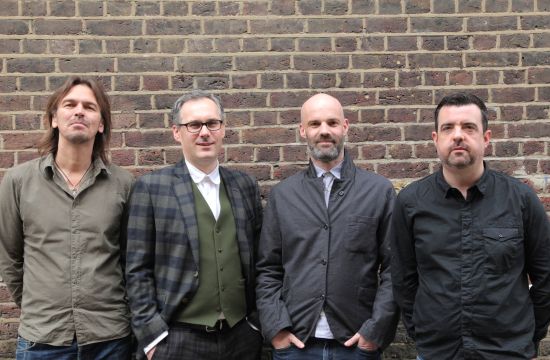 Brothers and Sisters have announced that Matthew Charlton has joined as their brand new – and first ever – CEO.

According to Brothers and Sisters founder and ECD Andy Fowler, the new hire marks an important moment for the agency. “This is a seminal moment for Brothers and Sisters. We’ve landed one of the most visionary thinkers and energetic doers among agency CEOs in adland. From the moment he walked through the door it was clear Matthew’s ambition fits our own. We plan on building the most talked about agency in London. We invite brands with bravery and ambition to come and see us,” he said.

For Charlton, who most recently founded BETC London, is due to start his new role in three weeks. He will take direct responsibility for the day-to-day management of the agency alongside founder and ECD Andy Fowler, Strategy Director Phil Teer and Digital Director Kevin Brown.

“Brothers and Sisters embody everything that I wanted to find and everything Clients should want to find in an agency. One of the few that’s 100% independently owned, creative and experimental – across all channels, with an inventive future facing culture. I am delighted and lucky to join them. I’ve worked at many different great agencies, BBH, BETC, TBWA and I’ve never been as excited as I am joining Brothers and Sisters. It has the character and skill to flourish in the era of modern marketing,” said Charlton.

Matthew established his industry icon status having founded BETC London in 2011 in the middle of an economic crisis and within two years had won clients including Diet Coke Europe, Cow & Gate and the global Bacardi account. The agency collected creative awards worldwide. Prior to that Matthew was Worldwide President of Modernista! with offices in Boston, Detroit and Amsterdam; Managing Director of TBWA/London and International Managing Director of TBWA Playstation.

Brothers and Sisters, whose clients include Sky Sports, Capcom, Skycig, Vue Cinemas, Center Parcs, Cafedirect and Museum of London, has become recognised as one of London’s leading creative, independent entrepreneurial agencies. This year they co-founded the sustainable kids clothing brand The Fableists.