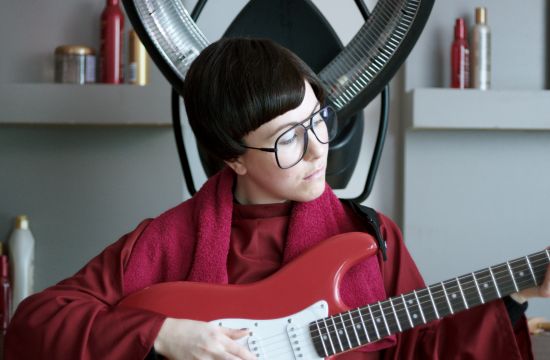 Meat snacks brand Mattessons is investing £3 million in an advertising campaign to launch its new 'Double Dippers' snack. The ad, titled ‘Miss Marvins’, will air online and on TV from February 4th and has been created by Saatchi & Saatchi London.

Double Dippers comes in four flavours and are positioned in the ad as a quick, tasty snack for busy working women who might be ‘starving’ in the office, on the job or out and about.

When hunger strikes, our “Hank Marvin Lady” eats a Double Dipper and immediately her Hank wig and glasses disappear, after which we hear the strapline ‘Mattessons Double Dippers, perfect for when you’re Hank Marvin’.

Kerry Foods Meats Marketing Manager Chris Owen said: “After the success of last year’s Hank Marvin Advert for Fridge Raiders, we are really excited about the new Hank Marvin advert coming out to support the launch of our new 100% chicken breast snack Double Dippers.  The ad will attract a new female audience into the meat snacking category & deliver a strong halo effect on the rest of the Mattessons Brand”.

Rob Potts and Andy Jex, Creative Directors at Saatchi & Saatchi London said: "The Starvin' Marvin's are back. But this time, they're women, they're stuck in the office, and only the new Double Dippers will get them back to normal."