The short film demonstrates the importance of maintaining household appliances 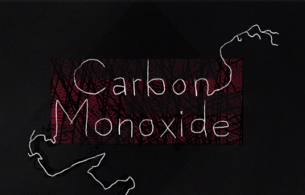 The Katie Haines Memorial Trust approached Not To Scale to create "Cause for Alarm", an animation raising awareness of carbon monoxide poisoning - the silent killer which the founders lost their daughter to in 2010. Released in conjunction with the official Gas Safety Week, 19th-25th September, the short film details the risks of poisoning in the home, the importance of maintaining appliances and having a working detector to alert you to the presence of the invisible, odourless gas.
Matt Smithson used a saturated colour palette and a hand-drawn, cutout style for the infographic, with strong shapes and fluid transitions adding momentum to the animation. Cleverly contrasting typography and textures come to life throughout, with the film managing to communicate a positive message of easy preventative measures despite the solemn subject. So far it has received coverage across national press including the Metro, Daily Mail, The Sun, Daily Express, Channel 5 News, BBC Radio 1 and numerous local newspapers around the country.
"We at the Katie Haines Memorial Trust are absolutely delighted with the carbon monoxide awareness film created for us by Matt Smithson and Not To Scale. The animation is beautiful and the modern design we know will appeal to all sectors of the community, raising levels of awareness from young to old. In spite of the seriousness of the subject it delivers a positive message, to show there is no cause for alarm if you follow two simple steps. Throughout the process of creating this video, Dan and his team were as sensitive to our story as they were creative when it came to transforming it into a visually stunning animation.” - Katie Haines Memorial Trust