Tool director shoots 'From Harlem With Love' with ESPN 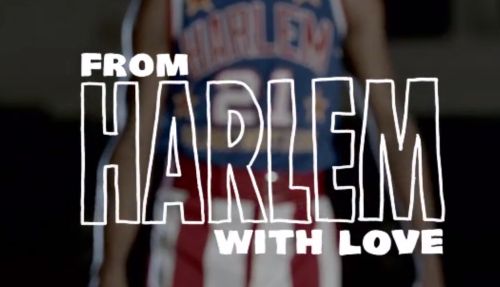 For the next installment of ESPN Films’ award-winning 30 for 30 Shorts series, Tool Director Matt Ogens debuted his short documentary “From Harlem With Love” today at 11:00 AM EDT. Narrated by Tom Morello of Rage Against the Machine, the 11-minute film is a captivating account of the Harlem Globetrotters’ 1959 trip to the Soviet Union, and shows how the theatrical athletes were able to shine some light on the grim environment of the Cold War.

The Harlem Globetrotters had been invited to bring their crowd-pleasing tricks to a Russian audience, but they received a less-than-enthusiastic response. Then the crowd’s initial indifference gave way to laughter, prompting Soviet leader Nikita Khrushchev to pay a personal visit to the players.

“Laughter truly has no borders, and the fact that the Globetrotters were able to bring that out in this situation proves that when combined with sports, humor can be quite powerful,” Ogens said of the project.

Matt Ogens is an accomplished filmmaker whose last documentary Confessions of a Superhero gained a cult-like following after screenings at the prestigious SXSW and AFI Film Festivals, eventually going on to enjoy a successful theatrical release under the Morgan Spurlock (Super Size Me) production banner. The film aired on The Sundance Channel and is one of the most-watched documentaries on Netflix, Hulu, and Snag Films. His latest feature documentary Meet the Hitlers will be released late 2014. Other projects include award winning commercial and interactive campaigns as well as work featured on CNN, VH1, MTV, and more. Ogens has earned 3 Emmy Award nominations.