Matt Miller on PHBP: A Source of Stability for Freelancers in VFX and Post

As it expands to cover freelancers in VFX and post, AICP’s CEO talks about gains made by the Producers Health Benefits Plan 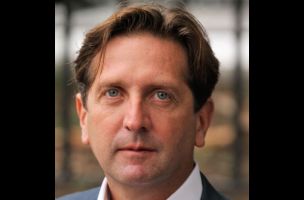 After years of petitioning the US Department of Labor to grant the commercial production industry special status as an employment pool, AICP was able to provide its members a vehicle to offer health insurance coverage to freelance employees of its member live action companies back in 2007. In the past decade, much has changed, and the plan – formally known as the Producers Health Benefits Plan – has changed with the times.

AICP CEO Matt Miller recently sat down to talk about the inception, growth and future of PHBP, what it means for both employers and freelancers and what it means in a time of great uncertainty in US insurance and healthcare markets.

Q> As you’ve expanded PHBP to include freelancers at VFX, digital and post companies, how familiar do you feel employers are with the program and what it offers?

Matt Miller> We still have some work to do. My belief is that any company that took the time to review what this plan now covers would want to be part of it. They’d see that this is a superior way of providing this great benefit of health care coverage for their freelance employees.

This expansion allows us to now cover freelancers working in a dozen VFX, digital and post production job categories (for a full roster of these covered job categories, click here), so long as their employers are not signatories to any union contracts. This list includes positions and roles that would be common for these companies, such as editor, animator, compositor, stitcher, VFX supervisor, etc.

Q> If you had to list the most important reason for a company to offer PHBP, what would that be?

It’s price and quality, really. The level of coverage we offer can’t be purchased by any individual company, for the most part—and if they could, they couldn’t touch the premium rate. Another reason is stability, because right now in the US, the health insurance markets are in disarray. And PHBP is a different kind of plan than what most employees would be able to obtain on their own. It adds value to freelance employees who work at PHBP companies, as they no longer need to navigate where or how to buy insurance for themselves or their families. In addition, that marketplace seems to be changing every day, and is very difficult for individual insureds to understand.

It also adds a degree of professionalism to the industry. Because of the range of freelance and staff job categories PHBP covers, you can move from freelance to staff and back to freelance – between different companies and in different roles – without any interruption in your benefits. Many freelancers and staff employees have told us this is a factor when making long and short term decisions about their careers. People would tell us, ‘I’d like to go freelance, but I have good benefits here and I don’t want to lose them.’ PHBP takes all that instability and inconsistency out of the equation.

Q> How important is the availability of PHBP in terms of the perceived value of being an AICP member?

MM> There’s a tangible aspect to the idea that we’re giving access to a valuable tool for members that will help them run more efficiently: we’re solving a business problem in the area of employment, in terms of how you cover and care for your employees. With PHBP, we created something that essentially no company could do on its own, and we created a plan that covered people, specifically freelancers, who couldn’t be covered in any other manner.

The companies that value the benefits they give their employees understood this one hundred percent from the start. Currently, 200 AICP member companies have signed up to offer PHBP to their employees.

Q> When you talk to prospective members, how much is PHBP a part of the discussion?

MM> It’s certainly become essential. Everyone’s looking for more tangible benefits to being an AICP member, and this is one of our more significant ones. We’ve had member companies tell us they’ve never had freelancers thank them for anything the way they’ve thanked them for being part of PHBP.

We also started hearing from companies that would call and say, ‘I have a freelance producer I’d like to work with and they have health coverage under PHBP, and I can’t book them anymore because they’re going with PHBP participant companies to maintain their benefits.’ So it’s become an important competitive advantage for them to offer the plan.

Q> What does it say about a company when it decides to offer PHBP to its freelancers?

MM> I think it says a lot. The most important thing is that a person wants to feel valued. And there’s nothing more valued by employees, besides compensation, than to work for a company that willingly provides them and their family with benefits. And when these benefits become de facto industry standards, it likewise says a lot about companies that don’t offer it.

Q> Where is all this going? What’s next for PHBP?

MM> The number one thing we hear from people, especially from freelancers, is about a pension. While we’re not structured to offer a traditional pension plan, we could have some form of group retirement savings plan in place. And we’ve been investigating how to do that for the past couple of years. It’s a whole other set of regulations when you get into these areas of financial investments, but we’re closing in on it.

Even just keeping up with the US healthcare market these days is tough, particularly with what’s happening in Washington. We recently held a two-day PHBP board meeting where we discussed several ways to offer even more options for employers and employees, depending on what the US government eventually decides.

We modelled PHBP after the highest level of coverage a multi-employer plan can provide. Yet there are some people who don’t want or need that. They want a lower level of insurance, similar to what many Americans can get on insurance exchanges and the like. As a result, we’re looking at whether we should now give employers and employees a choice on the level of health coverage they elect to receive.

Q> By your own admission, AICP spent years getting approval to offer PHBP to its members. Do you feel it was worth it?

MM> I felt so from the beginning. Bob Goldrich, the editor of SHOOT, used to ask me every year how the plan was coming along, going all the way back to 1999 and continuing right up to when we launched. And every year I’d tell him, when we finally achieve this, it will by far be the most important thing AICP ever does. And it’s not if we achieve it, but when.

Ours is fundamentally a community built around relationships and talent, one in which people work very closely. And you want them to feel a sense of loyalty to each other, and that there’s a familial component to their relationships. I think that goes two ways, between employer and employee. In many ways, PHBP is an expression of this.

The freelance population has been unbelievably supportive, too, especially at the beginning. But one of the most interesting things to see was that, when a lot of freelancers first got coverage, they kept their old policies in place. And we saw this through their claims – we knew we weren’t their primary insurance. So it was gratifying when they started to drop their other health insurance and use PHBP as their primary insurance instead of secondary. We realised they had faith that it was here to stay, and it wasn’t just something that might go away in a few years.

Now, ten years in, we have over 2,000 freelance employees and their families covered under the plan. When you add fulltime staff employees, that number is over 4,000. So you can see the impressive reach of what we’ve done. We’re hoping this is just the start.