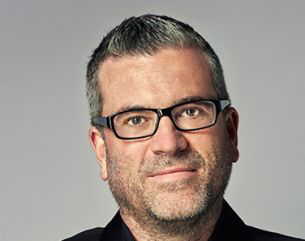 Most people start off their New Year health kick with a wee jog around the park - Matt Eastwood has started his 2019 by joining the global leadership of a huge health and wellness agency network.

The Former JWT global CCO has been named global CCO at McCann Health, where he takes over from Jeremy Perrott who left last year.

The Australian native has a track record of boosting agency creative rankings - his tenure at JWT saw him take the network from 14th most awarded at Cannes Lions to 7th. While at DDB New York, he led the shop to become the 3rd most awarded agency in the US - before he joined the agency had not won a Cannes Lion in 17 years. A serial house renovator, Matt told LBB in 2017 that he enjoys finding an agency with ‘good bones’ and to ‘give everyone their swagger’.

Of his new move Matt said: “I've been impressed for some time with the creative renaissance that Rob Reilly and his teams have brought to all of McCann Worldgroup. And like many in the business, I've been especially aware of some of the outstanding and meaningful creative work that McCann Health in particular has been doing around the world befitting their reputation as one of the world's most awarded global healthcare communications companies. I am so pleased to be joining this winning team."

The feeling, it seems, is reciprocated. "Matt is an immense talent, but an even better human. He is exactly the kind of global creative leader we need at this moment to continue McCann Health's growth and commitment to do meaningful work for our brand partners," said Rob Reilly, global creative chairman of McCann Worldgroup.