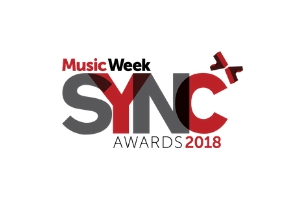 Congratulations to Air-Edel music supervisor Matt Biffa on his three Music Week Sync Award Nominations for his work on hit Netflix series The End Of The F***ing World, received for ‘Overall TV Series Soundtrack’, ‘Music Supervisor – TV’ and ‘Best Sync in TV’ for Bernadette Carroll’s Laughing on the Outside (Crying on the Inside).

The dark comedy series directed by Jonathan Entwistle and based on the graphic novel by Charles Forsman introduces a quirky romance between a budding psychopath and a truculent, wounded teenager who embark on a journey across the UK.  During it’s opening week on Netflix, the highly praised soundtrack landed 4 of the top 10 Hollywood reporter billboard chart spots and held 8/10 and 16/20 top songs on Tunefind.

“But aside from being an unapologetic example of onscreen teen angst, the show also has an incredible secret weapon in a truly smashing soundtrack”– IndieWire.

Matt also worked with Graham Coxon on original songs and the score for the show, with Graham’s “Walking All Day” holding the top spot on Tunefind for two weeks in a row.  Read more here.

Listen to the soundtrack from the series here.

The Music Week Sync Awards take places in October 2018 and celebrate the best sync teams, individuals and placements across a large range of media over the past year.

Matt’s previous credits include ‘Fresh Meat’, ‘Paddington’, ‘Carol’ and ‘Harry Potter & The Goblet of Fire’, for which he put together ‘The Weird Sisters’, a wizarding rock group that included Jarvis Cocker from Pulp, Jonny Greenwood and Philip Selway from Radiohead.

Matt’s current projects include Netflix 8-part series ‘Sex Education’, ‘The Little Drummer Girl’ and Channel 4’s ‘Jerusalem’.  The End of the Fucking World will return to our screens for a second series in 2019, read more here.