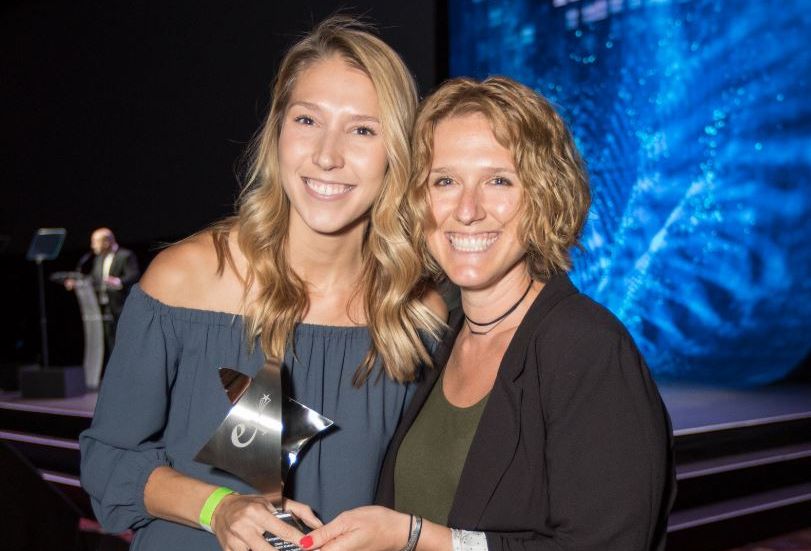 Match Marketing Group, BBDO MPLS and client Jennie-O have won a 2017 Ex Award for their Jennie-O “Make the Switch” tour. The Ex Awards are presented by Event Marketer magazine and honour the best experiential marketing campaigns of the year.

Jennie-O’s “Make the Switch” activation was the top winner in the Best Sampling Campaign category. The mobile tour increased awareness for ground turkey as a healthy, delicious alternative to beef or pork by treating people to locally inspired recipes made with Jennie-O turkey—such as green chilli, tacos or lettuce wraps—at “Make the Switch” booths. For each category, an Ex Award and a Gold and Silver winner is chosen.

In-booth technology captured content, and custom videos of consumers’ reactions were delivered to people’s personal devices, an onsite JumboTron and the JumboTron in Times Square. As attendees finished their samples outside the booth, they watched their video play on the JumboTron—which increased dwell time for passersby—and got a glimpse of their newfound fame when a teaser showed their face playing to a crowd of thousands in Times Square. A lucky few were featured in print ad mosaics and TV commercials.

“By putting the consumer at the center of the sampling experience, Jennie-O created a compelling space for sampling that generated personalised content of the experience to illustrate and amplify consumers’ story of making the switch to turkey,” said Ben Keane, account director at MatchMG.

“Make the Switch” resulted in more than 6,000 pounds of Jennie-O turkey sampled in five U.S. markets and the integrated campaign resulted in one billion media impressions. The MatchMG/BBDO campaign realised a 31.7% increase in sales.

The 2017 Ex Awards recognised experiential marketing campaigns across 26 categories at a May 3 gala at the Experiential Marketing Summit at Chicago’s McCormick Place. For the full list of winners, go here.