Mastercard’s Musical Accessories Take You on a Journey

Behind the Work 113 Add to collection 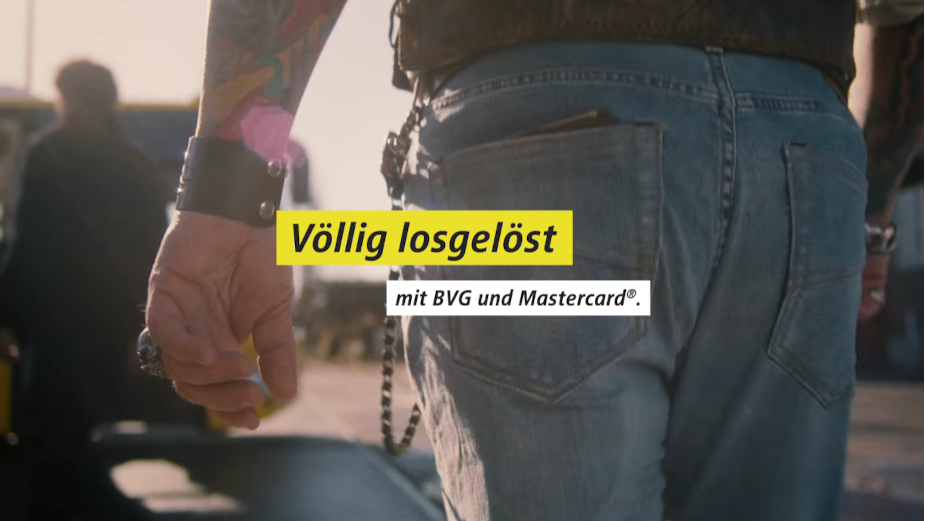 Featuring singing wallets, bags, pockets and baby carriers, the new German Mastercard and BVG campaign captures every kind of ‘Kiez’, aka neighbourhood, in its new singing spot. Encompassing street rappers, punk girls, a recent mum and a quirky couple, everyone has a  singing accessory that helps share the message that contactless is now accepted on German BVG busses.
The unique take features a musical without actual people that stemmed from pandemic restrictions but posed the question of how do you create a musical without people? Well, the Serviceplan Campaign Berlin team took the challenge in their stride, using innovation to create lively puppets and bringing us a rendition of Völlig losgelöst that we’re unlikely to forget.
The Serviceplan Campaign Berlin team, Myles Lord, managing creative director, Stephen Quell, creative director, Nils Frankenbach, senior art director and Louisa Ziebell, junior copywriter all spoke to LBB’s Nisna Mahtani about the musical number.

LBB> Tell us about how you came up with the idea of creating a musical to showcase the use of contactless payments?

Stephen> Paying contactless on BVG buses and trains: this is more than a revolution, it is a liberation. And you celebrate this with the ones who benefit the most: the people of Berlin.
Let us all cheer and sing and celebrate being liberated from cash money that leaves scratches on your smartphone in your pocket. That is always short when you’re late. That is unhygienic. And simply inconvenient.

LBB> How involved were BVG with the ideation process and what did they want to see from the campaign?

Myles> Both BVG and Mastercard pushed us to create a cut-through film that was 'on-brand for both brands’. So that meant collaborating closely.
We partnered from ideation right through to production during the most challenging and unpredictable months of the pandemic. We also had to create an on-screen scenario that was "Corona-conforming". The narrative had to adhere to strict health standards upheld on all BVG Public Transport Services.
But we didn't want to make a 'Corona-era film' where everyone was wearing a mask on the bus. We wanted to make something entertaining and positive that would take us away from these challenging times. And celebrate liberation rather than restrictions.

LBB> It’s quite a quirky idea to have singing bags - who suggested it and how did you decide to make them the main characters?

Myles> From the beginning, our concept was a musical celebrating not always having to carry coins to catch the bus. The musical moves through Berlin as the BVG Bus picks up characters typical of each neighbourhood. The song reworks the famous ‘80s hit (Peter Schilling’s version of Völlig losgelöst) to announce the liberation of paying contactless on BVG. Then Berlin went into ‘hard lockdown'.
You can't have a musical with your performers singing behind FFP2 masks. It just doesn't work. So we had to keep thinking to create a workaround to get around the masks.
So we dropped the camera down. We moved the focus to the bags, the pockets, the wallets and the purses to sing the piece – we cropped off the heads and the faces of the characters and let their accessories represent them. Their styling tells us who they are. From Punk of Neu Köln to the Rich and glitzy couple from Charlottenburg.

LBB> You don’t use any technology to create the singing bags, instead, you use a puppet-style which you say is a homage to the Muppets. Why did you decide not to use AI or any tech to bring it to life?

Myles> We knew from the start that we needed to see `human' movements in the animation of the pockets and bags. We decided the animation of these objects needed to come from puppeteering. If you can't see a single human face, then puppeteering would give an essential human touch to keep it emotional. Both BVG and Mastercard were also concerned that CGI would fall short. So we tapped director Mario Clement (27km) to get the best puppeteer crew from Berlin to join the project. These incredible puppeteers are hidden in every shot. There is no post in this film. 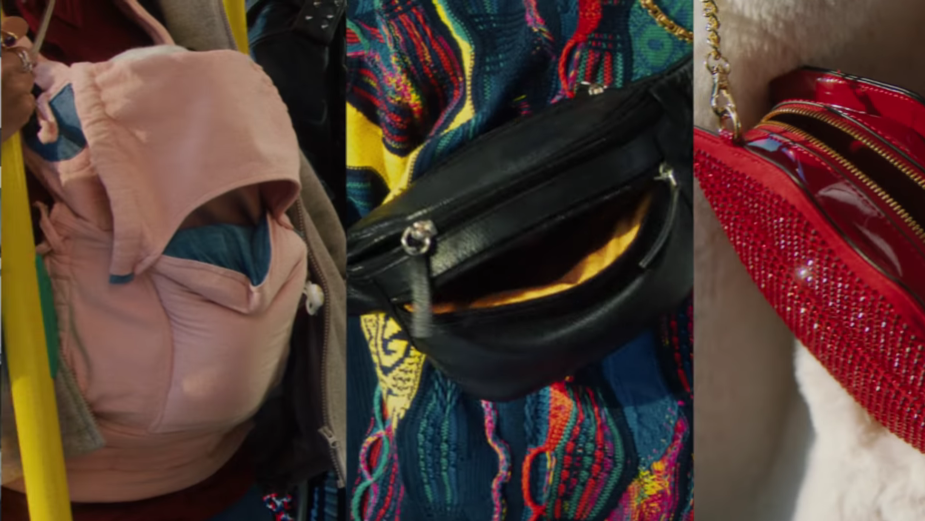 LBB> Playing on being a ‘Kiez’ musical suggests a neighbourhood feel. Why was it important to create a sense of community around this ad?

Stephe> There is no brand that knows Berlin better than BVG. 24/7 connecting the hotspots with the outskirts. Transporting every single character of Berlin. You know, the first thing you do when you move to Berlin, you get yourself a BVG annual ticket.
Louisa> And Berlin is known for its neighbourhoods. We wanted to show that everyone in every Kiez (neighbourhood) benefits from the contactless payment. Whether in the east or west, chic or hipster, baby bag or a leather wallet.

LBB> The ad includes Peter Schilling’s version of Völlig losgelöst and the lyrics are specific to the BVG, Mastercard collaboration. Why did you decide to use this song and create brand new lyrics for it?

Stephen> We wanted to use a song that is lighthearted and a singalong tune. A song that makes you feel good. And has some core lyrics that can be easily adjusted to our main message…
Louisa> Peter Schilling's song is mainly about weightlessness. The feeling of being free, no barriers – we rewrote the lyrics making them tell the story to be freed from cash money, floating through Berlin easily with BVG and Mastercard.

Nils> We wanted to create something that is fun to watch and sparks of joy. This campaign really shows what is possible, even in times of Covid, when everyone believes in an idea. Most of this was made remote, so when you try to orchestrate such a project and you have so many partners involved, everyone has to trust and has to give 100%. In the end, putting together all the single pieces and connecting the dots we were extremely happy to see how it worked out and we want to thank everyone who was involved in this piece.
view more - Behind the Work