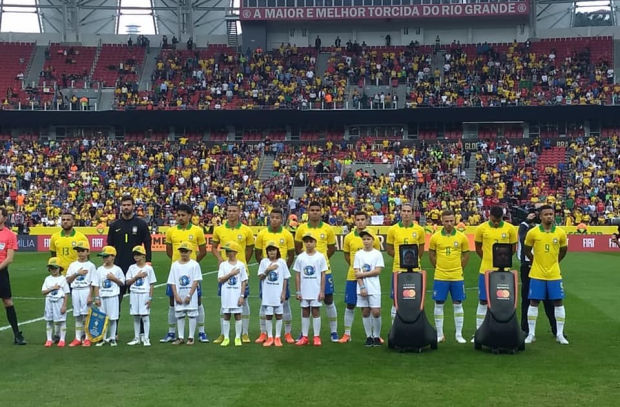 During the friendly soccer match between Brazil and Honduras, Mastercard - in partnership with the largest philanthropic oncology institution in Brazil, Hospital de Amor - fulfilled the dream of children in cancer treatment in an unprecedented action. Mastercard, an official sponsor of Brazil's soccer teams, used the telepresence technology and took hospitalised children into the stadium to experience the excitement of entering the field with their idols.
For the 'Impossible Mascots' campaign, Robots the size of a child joined the Brazilian soccer team players representing two boys in cancer treatment currently admitted and in cancer treatment in Hospital de Amor and transmitted live, through an LED screen, all the their reactions. Meanwhile, inside the hospital, the children could experience some of the excitement of being a Player Escort and being able to be on the field.
During the last training session before the Sunday match, Mastercard took the robots to the field and made a live transmission to bring the children closer to the players. The players and technical team had the opportunity to learn more about the story of the children who would enter the field with them the following day.
“Entering the field with soccer players is a dream for millions of children around the world. It seems to be impossible for many of them especially those who are in the hospital. We bring these children closer to their idols. This action is part of our campaign for Conmebol Copa América 2019, which has as motto the word "Aproxime" (get closer), which is an invitation for people to approach each other and start what is priceless through football," explains Sarah Buchwitz, communications and marketing vice president at Mastercard Brazil and Southern Cone.
According to the National Cancer Institute (INCA), evidence from experimental studies suggests that psychological stress can affect tumor growth. Therefore, being close to family or friends can reduce levels of depression, anxiety and even symptoms related to illness and patient treatment. Because the emotional and social support can help patients cope with psychological stress. According to the Institute, this disease affects about 12,000 children and teenagers annually in Brazil, representing an average of 32 cases per day. 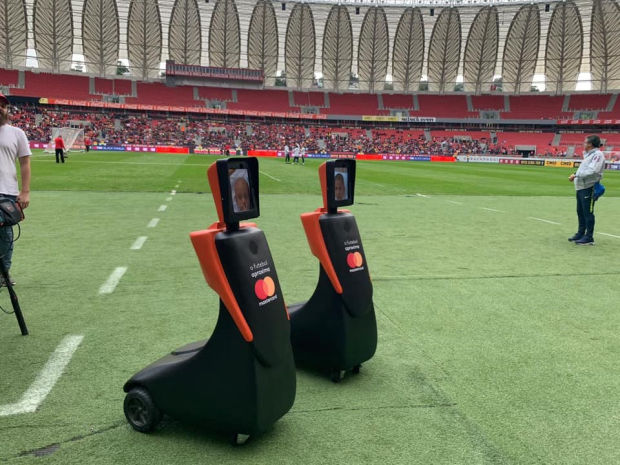 “We are very pleased to make the dream of many children in cancer treatment come true with Mastercard’s action. Being able to enter the field with their idols and live the emotion of the fans. Surely, these children will feel that the greatest cheer is for them, for their health, for their happiness, to be victorious for every challenge they face. We are sure that all the fans who are in the stadium or in their houses will have their lives transformed forever by participating in this beautiful project. More than attending a match, the perspective brought by MasterCard’s project leads everyone to participate in a moment of love for each other," says Henrique Moraes Prata, social responsibility director at Hospital de Amor.
"Entering the field with one of the stars of the Brazilian National Team is a unique experience for every child, it is unforgettable. In Mastercard’s unprecedented action, we are making true the dream of those young people who cannot be here. It is a way to contribute a little at this moment, with strength and positive energy," says Giberto Ratto, Brazilian Football Confederation (CBF) marketing director.
To develop this project, which was created by Mastercard with WMcCann’s and MediaMonks’ collaboration, there were a series of challenges both technical and operational. Due to the uneven surface of the field, it was necessary to develop robots capable of walking on the grass, dealing with obstacles and resistant to rain. In addition, streaming software developed especially for the action, had to handle possible interferences in the radio frequencies and TV transmitters, because the robots are remotely controlled. 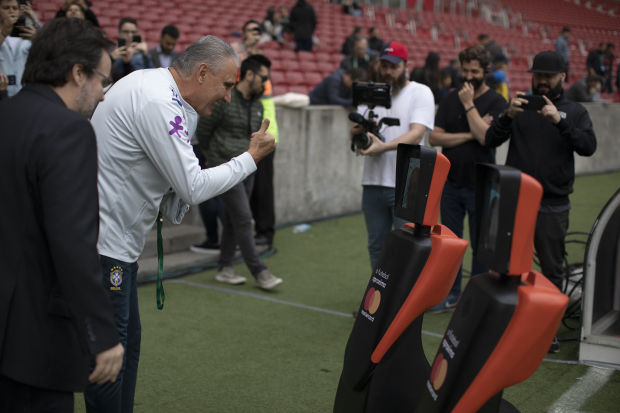 In the initial design for the robots development, the concept design and 3D detailing served as a basis for mold production, and later the final production of fiberglass finished with automotive paint for more durability. For the process of piloting, pilots went to the stadium and had the direct feedback in auxiliary screen. In addition, throughout the project, the partners thought together to what extent they would have to adapt to the protocols of the games and what solutions to the other logistics challenges of this action.
"Undoubtedly this is a daring project, combining aspects of electronics, software engineering, infrastructure and envelopes with quality craft. This action demonstrates how technology is at our service and how it can be used to do good things," said Tato Bono, WMcCann production vice president.
Besides the field action, Mastercard will allocate 1 million reais, through tax incentives, to Hospital de Amor, as a way of maintaining the commitment to the institution through the Municipal Fund for Children and Adolescents (FUMCAD) and the Law of the Elderly. 500 thousand reais for the Care Project, which aims to fund and maintain the prevention, treatment and research of infant and juvenile cancer, and another 500 thousand reais for the Project. The funds will support various projects, including the prevention, treatment and research of infant and juvenile cancer.
view more - Creative