Campaign asks Australians to pick up a racquet and rally together 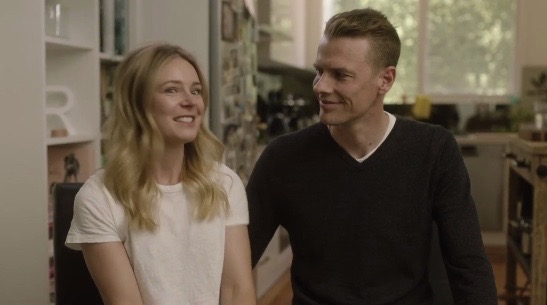 Mastercard, official payment provider of the Australian Open, has launched an integrated campaign via McCann Sydney, under the Start Something Priceless platform.

Tennis is proven to maintain your health, fitness and relationships and this insight informed Mastercard's campaign, which inspires Australians to pick up a racquet and rally together with family, friends, old and new, because what is priceless about tennis is not hitting a ball, but the friendships you walk away with.

Launching with a TVC, Mastercard's agency partners collaborated to deliver an integrated campaign across TV and out of home, PR, experiential, digital and social activities.

The 30 second TVC opens with a man trimming his hedge when a tennis balls lands in his yard. We see him throw the ball back over his hedge but it continues to land in his yard which prompts him to look next door to see a young girl, alone with a tennis racquet. It then cuts to a close up of the man cutting his hedge, only to discover he has created an opening to play tennis with the young girl, with a voice over 'unlock the world around you, rally together'. The TVC finishes with 'Start Something Priceless'.

The ad, created McCann Sydney will run for four weeks on Channel 9 and the concept is also featured across out of home and digital ads.

To deliver editorial content through PR, Mastercard broke down the physical barriers that divided neighbours in Hampton, Melbourne, taking down their backyard fences, and replacing them with tennis nets for people in the community to come together over a rally - all in the name of inspiring new friendships.

The activation, led by PR agency Eleven, was captured to create editorial content.

To further enhance the power of tennis in creating connections, Mastercard worked with The Story Lab to leverage their Nine Broadcast Sponsorship to tap into community stories, creating a three part content series titled Local Connections. The series airs within the Australian Open broadcast and online.

For those on ground at the Australian Open, Grand Slam Oval provides the opportunity to pick up a racquet and rally together with a friend or stranger at the Mastercard Beach Tennis Court, created by Octagon. Player movements will be tracked through unique racquets with embedded technology that allow each rally to be translated into art through real-time data visualisation, displayed on a giant LED screen in the heart of the Oval.

Start Something Priceless is Mastercard's new global platform with the aim to inspire and enable everyone to pursue their passions and purpose.

Says Rustom Dastoor, senior vice president, marketing and communications, Mastercard Asia Pacific: "Every day at Mastercard we work to make a difference in communities across the world. Tennis is a powerful way to bring people together and working with our agencies we built a strong integrated campaign that illustrated this insight across every medium. Whether you lived in the neighbourhood in Hampden where we tore down fences, are watching our TVC or rallying with a friend on Grand Slam Oval, we are inspiring consumers to do something meaningful through tennis."