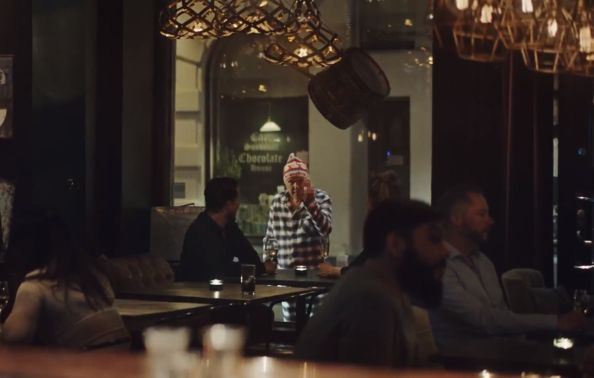 There are few things more associated with Swedish traditions than O.P Anderson akvavit - it has been consumed in the exact same manner for the past 127 years, as a neat schnapps. It has been, and still is, an important part of traditional celebrations such as midsummer, Easter and Christmas.

But between those occasions the O.P. Anderson bottles have been left in the cupboard, waiting for the next traditional occasion. O.P. Anderson sees a lot of potential in making their aquavit relevant for the entire year, which is why they’ve decided to target a new category: Cocktails and drinks.
Fortunately, some mixologists and advanced bartenders have already taken a liking to the classic spirit and the challenge that comes with using aquavit as a drink base. Though there are some hurdles in the way for entering the new category; the traditionalists who are absolutely positive that O.P.Anderson should be drunk neat and nothing else.
The centrepiece of the campaign is a short film created by Uncle Unicorn, where O.P. Anderson lets a fictional aquavit master blender play the role of the ultimate traditionalist and have him act out his frustration on the intended new target group, portrayed by a bartender.
view more - Creative