MassiveMusic Creates The Sound of TeamNL 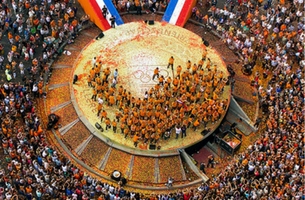 How do you express, from a musical perspective, the boldness and power of a team of athletes without being predictable? And how do you highlight the Dutch pride without sounding cliché nor braggy?

For TeamNL MassiveMusic has created an original theme and a branded music package, by combining music composition and production skills with the sonic branding strategic offering. The result? A fresh new sonic identity and a contemporary sound and feel. You can listen to it on the official MassiveMusic website.

THE JOURNEY WASN'T EASY, YET TOTALLY WORTH IT

The athletes inspired MassiveMusic to find that perfect magical pinch in the shape of sound – not only for their participation in the Olympic Games but also for any other future events where the Dutch players are represented.

Weeks of extensive music research have resulted in the creation of a compelling hook. A series of carefully selected notes trigger recall from both, the athletes and their audience. What's a better feeling than mumbling along with your heroes?

To make the audiences even more excited, MasisveMusic agreed to share a secret. Athletes Dorian van Rijsselberghe, Bob de Voogd, Dylan Hoogerwerf, Inge Janssen were all part and parcel of the creative process, including Jetze Plat, who recently received a nomination for Sportsperson of the Year with a Disability at the Laureus World Sports Awards.

The music package comprehends an across-the-board brand anthem which formed the backbone for all assets: a sonic logo, medal alerts and broadcast idents for TV, radio and online content.

A CLOSE COLLABORATION WITH THE ATHLETES

“This is such an important project for us – made in the Netherlands for the Netherlands. It’s been a real honour to work together with the athletes. They came to visit our Amsterdam office a few times, regardless their busy schedule”, said Hans Brouwer, CEO and Founder of MassiveMusic.

He continues: “It’s incredibly exciting to think we got the chance to define what the Dutch team sounds like, not only here but internationally. It helps them to be heard and recognised in a very crowded environment that, paradoxically, lacks of sonic identities most of the times.”

The Dutch team’s rebrand will make its first sonic appearance at the 2018 Olympic Games, set for Feb 9-25, with 102 medals up for grabs in winter sports. 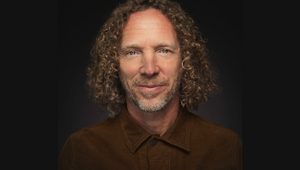 Now, That's What I Call Massive! Hans Brouwer Looks Back on 20 years of MassiveMusic
View all News 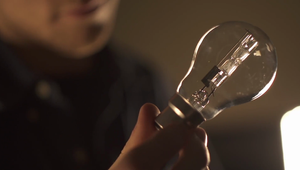