Mass Mutual Insurance Asks Gay Couples 'What Is It Like To Be Married?' 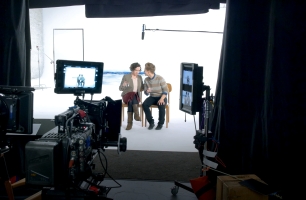 Stacy Peralta, the award winning documentary director (Dogtown and Z-Boys, Bones Brigade: An Autobiography), has directed the “Vow to Protect” campaign in support of LGBT families and marriage for Massachusetts Mutual Life Insurance Company (MassMutual) and Interpublic Group of Cos.' Mullen Lowe US. The series of short films were produced by commercial production company Nonfiction Unlimited.

Set on a simple stage to keep the focus on the real people and their stories, Peralta interviewed LGBT couples and captured their thoughts on the importance of marriage in light of this year’s monumental U.S. Supreme Court decision legalizing same-sex marriage nationwide. In the documentary, diverse couples speak earnestly about their respective journeys, including the struggles faced before marriage equality, the joy they experienced at its realization, and the assurances and security that marriage now brings to their lives.

“There are no air quotes around our marriage. We are married,” says one young couple. Another says, “Deep down, I get to do this thing,” she says of marriage, “I’m going to make it into something beautiful.” Then adds, “I should have had the right to do that all along.” The film ends with “It’s love, and isn’t that what you want to support?”

The four-minute documentary is also supported by separate spots featuring each of the five couples. In one, Jeanne and Sheila share the happy story of their neighbors who came together to throw them a party to celebrate their marriage after 30 years of being together. “All the neighbors and children were there and so happy for us. We were just so touched by that,” they stated.

The campaign is a celebration, touching on the love and joy each couple has found in marrying their soul mate. Support Love. Respect Love. Protect Love. #VowToProtect