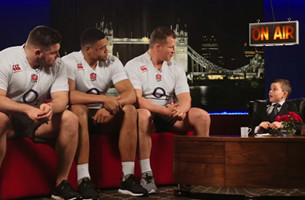 At Twickenham, rugby mascot Harry Westlake sang the national anthem and inspired a nation. VCCP’s latest film for O2’s ‘Wear The Rose’ campaign focuses on that, as the young hero finds out about the true power of support and what it’s really like to Wear the Rose from his giant England Rugby heroes Dylan Hartley, Luther Burrell and Kieran Brookes.

He grills them on a number of topics - including such hard-pressed topics such as whether they’d rather play rugby against a gorilla or a crocodile.