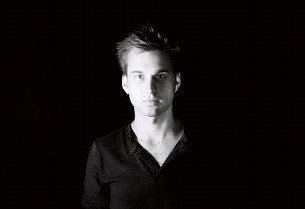 Mannners McDade is welcoming Hamburg-born composer, Martyn Heyne, who most recently worked alongside Dustin O'Halloran on the Emmy-nominated first season of Transparent.

Composer and Guitarist Martyn is a touring member of Efterklang, and his solo show recently supported Nils Frahm and A Winged Victory For The Sullen on tour, with his live show that features electric guitar and an analog drum machine. He began his musical career at the Conservatory of Amsterdam before graduating, moving to Berlin and setting up Lichte Studio in 2009. Since then, Martyn has been involved with some incredible releases in the contemporary classical and alternative genres, including Peter Broderick’s These Walls Of Mine, The National’s Trouble Will Find Me, Efterklang’s Piramida and Nils Frahm’s seminal 2013 album Spaces.

Martyn Heyne said of the signing, “The fine and experienced team of Manners McDade Music Publishing offers both the attention and the background necessary to really know the catalogue they are representing. This, as well as their passion for the artistic side of music, makes me thrilled to be working with them.”

Catherine Manners, Director of Manners McDade says of the signing, "Martyn is an exciting musician and writer.  We are absolutely delighted to be working with him on the next stage of his career."

Martyn continues to score for film, TV and advertising with his unique ambient guitar-focused sounds, as well as producing, recording and performing on fantastic upcoming releases.