Martini Encourages You to Play with Time in Stylish New Campaign 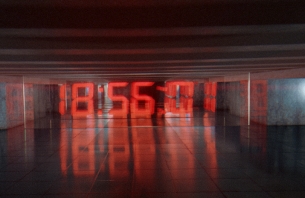 Martini has announced a new, global creative platform and film that launched in April. Directed by the award-winning Jake Nava, the new ad campaign supports the brand’s latest positioning ‘Play With Time,’ which centres on the idea that time spent with friends is time well spent.

The film, entitled 'The Richest Man in the World,' is a cinematic journey that shows the philosophy of a man who lives his life collecting experiences instead of money.  Set to David Axelrod’s “The Edge,” a track made famous by Dr. Dre, Nate Dog and Snoop Dogg when they sampled it on their hit “The Next Episode,” we see the film’s hero leading the viewer through hyper-real scenes that tell the story of time well spent travelling the world, in good conversation, falling in love and learning new things.

Director Jake Nava, who may be best known for his career-defining music videos for Beyonce and The Rolling Stones, is also an award-winning commercial director having worked for a range of premium brands.

“We felt Jake was the best person to help bring a fresh, new look to Martini that would connect with our target millennial,” said John Burke, Global Vice President, Martini.  “The past 10 months has seen dramatic steps taken by the brand team as we reinvigorate one of the world’s most iconic Italian brands.  Things that would have taken 18 months to push through, we’ve done in half the time due to Jake’s ability to grasp the essence of the brand so quickly and deeply.”

Burke continued, “To support the new campaign, we have committed to doubling our media spend.  This confirms the confidence the company has in the growth potential of Martini.”

The campaign, created by AMV BBDO, launched in Italy and across Europe on 21st April and can be seen across TV, digital and out of home. The rest of the world is to follow.

The announcement followed the brand’s recent launch of a new bottle and pack design.  The design aesthetic of the entire portfolio of vermouth and best-selling range of aromatized and sparkling wines has evolved to bring the bottles into a new era while maintaining the renowned, heritage cues of Martini.  The labels contain design detail featured on Martini bottles from the mid-19th century and for the first time in 20 years, the iconic Martini racing stripes return, demonstrating the brand’s intrinsic link with racing since 1968. 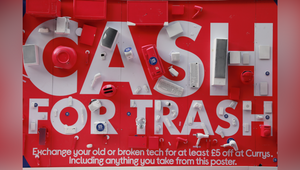