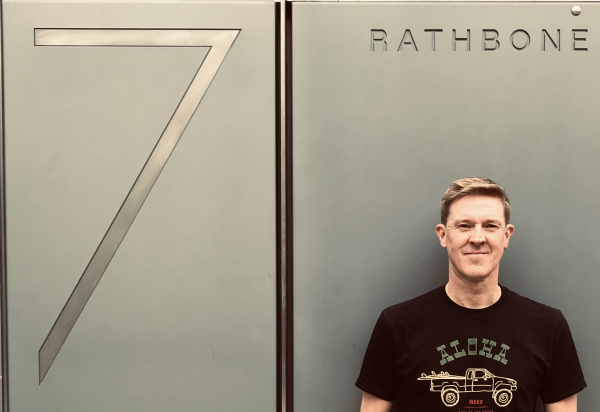 The&Partnership has announced today the appointment of Martin Cox as creative director.

Previously global creative director at Spark44 where he worked across Land Rover and Jaguar, Cox will create Pan-European campaigns for Toyota out of the London Hub as well as help overseeing local origination across T&P’s European, in-house Toyota teams.

Cox’s career began at DMB&B, since then he has worked for agencies such as DKLW, BMP4, Grey London, Publicis, Cheil and the last eight years with Spark 44. He has worked with brands such as Nokia, Toshiba, eBay, Fiat, Samsung, Vauxhall, Marks & Spencer, Channel 4, Halifax, Lenor and Tetley. His most recent work for Dragon Challenge for Range Rover Sport won him awards at The Campaign Big Awards, British Arrows, Shots and The Epica awards.

Andre Moreira, European ECD for The&Partnership, said: “Martin brings together experience and enthusiasm, craft and creativity, leadership and the willingness to get his hands dirty. As we enter our second year working in partnership with Toyota we want to build on what we’ve achieved to take the work to the next level and Martin is the right type of talent to bring into that journey.”

Martin Cox said of his appointment: “The chance to work on the world’s biggest car brand within an innovative agency model is as good as it gets. After eight years creating global campaigns for Jaguar and Land Rover at Spark44, culminating in the Dragon Challenge, it was time for a new challenge and a new home. I’m delighted to be joining The&Partnership.”